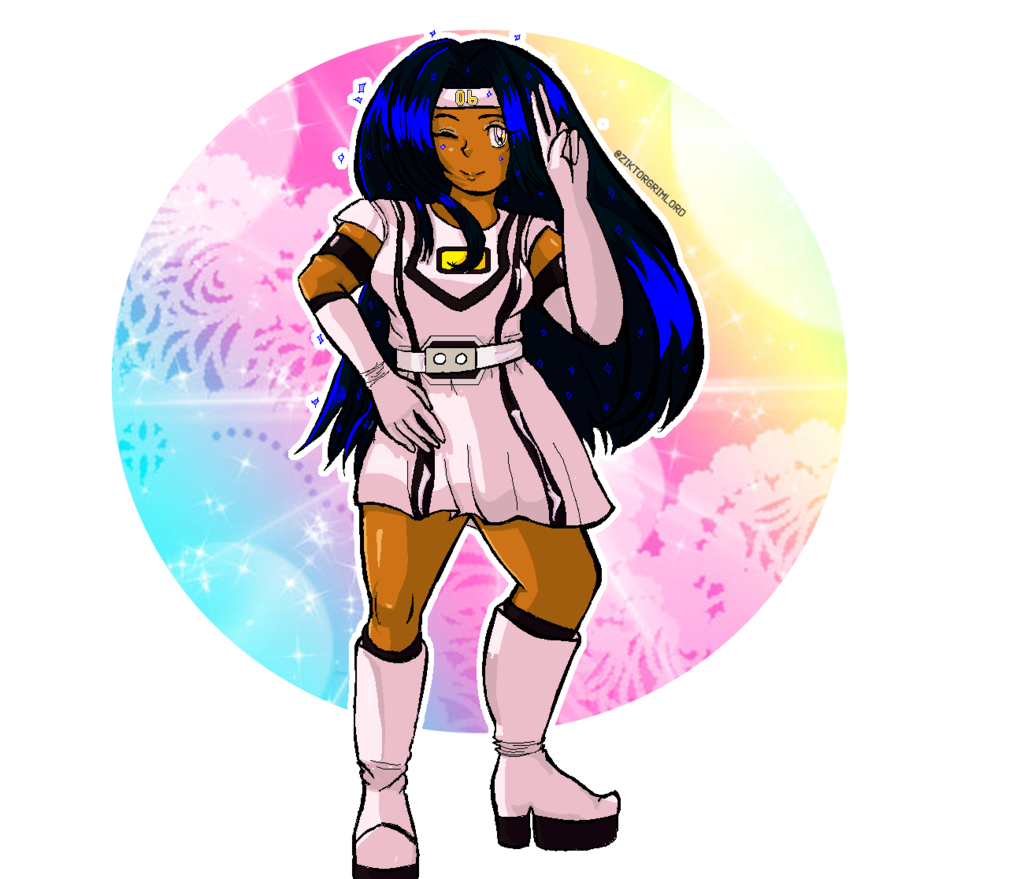 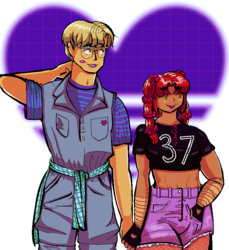 this is an older sketch from like last year? just finished lining/cleaning it up and coloring it last night fhdhfdhgs.

turbo kinda sucks as a season but once they switch to the new rangers, it really picks up. my favorite ranger for turbo is Carlos, who is my crush (tho i have one on TJ too lbr), outside of crushes, i like TJ and Justin (who REALLY ISN'T THAT BAD YOU ALL ARE JUST MEAN LMFAO). ofc when i get a crush on a character, that usually means i gotta make an oc. so i did. usually, i just make my own thing but there was a character in Carranger (the source material for Turbo) named Radietta Fanbelt and she doesn't have a counterpart in Power Rangers so...

this is Emi (pronounced amy)! she's one of Lady's, my mmpr oc, cousins. though they aren't really close. emi is obsessed with the power rangers and has been begging her mom to "go visit uncle ian and lady in angel grove" for years but... it hasn't worked until lady graduated. emi manages to convince her mom to let her go on her own and she hopes to see the rangers in the flesh and maybe meet them. she gets her wish, almost becoming a casualty in a battle with a magical girl type monster, getting her hands on it's wand and becoming an ally to the rangers as well.

I didn't make the background!!! Magical-Mama on deviantArt did!