[PRZ] the way i look at you by ZiktorGrimlord 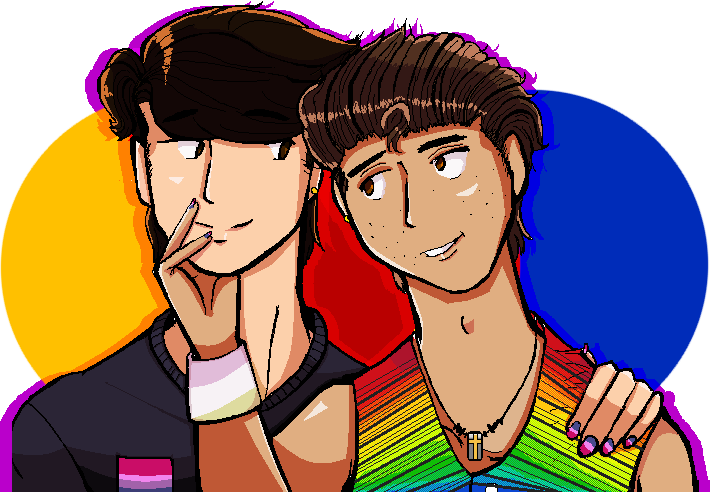 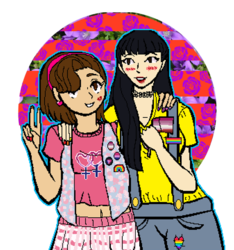 [PRZ] the way i look at you

a rarepair if i ever saw one :'). i'm trying to write a fic about these two for a challenge that... i'm currently failing (write one fic for each of the 55 possible pairings for the rangers from mmpr and zeo), they were my first pairing and honestly... they're cute together.

in case it's hard to tell (i don't blame you), on the left is Jason Lee Scott and the right is Rocky DeSantos. i know jason's hair is actually short and not poofy but he kinda had that in early promo shots and IT NEVER LEFT ME... i wanted to give rocky like his 90s boyband bangs from the 1995 movie but it was NOT working out ;o;. i headcanon all the rangers as bisexual (with various leanings) but with these two, i think they both prefer dudes but thats just me!!

rocky also has that vest in canon and it's beautiful