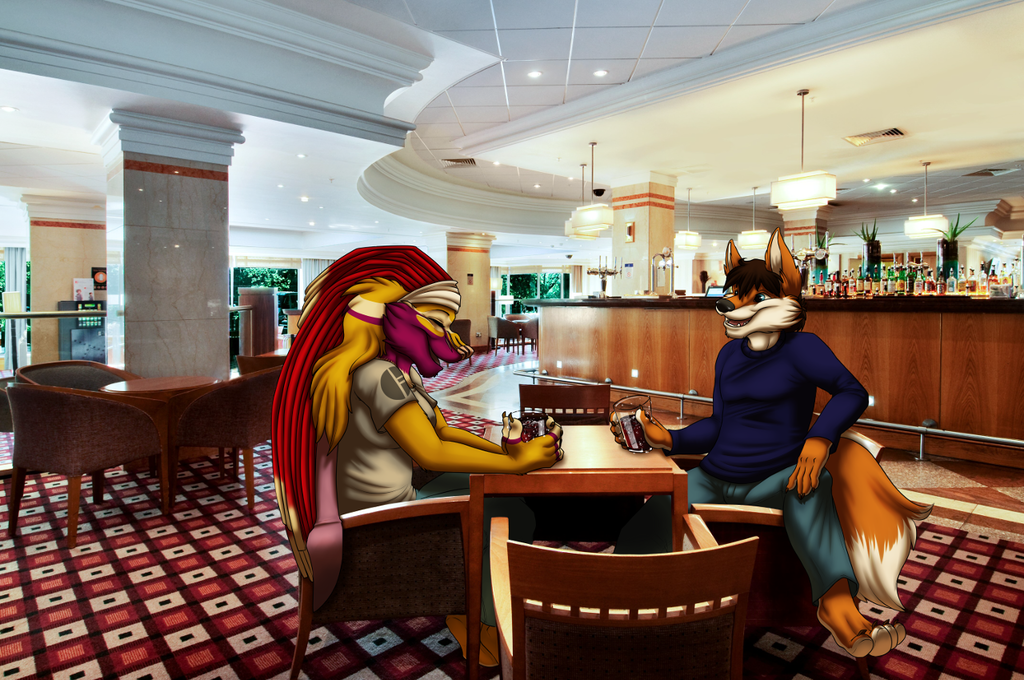 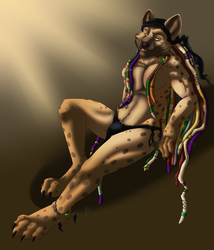 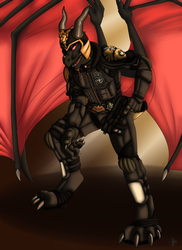 The background obviously isn´t mine, it´s a photo of the bar in the lobby of the Hilton hotel - Birmingham Metropole.

A commission for rikmccloud of his character and mine sharing a laugh and a drink in the lobby of Confuzzled.
We had met on the internet before and since he lived so close by the convention, he decided to drop by for the day and meet me in person. First ever convention of his and I really wanted to make it one to remember. So we spent the day together (after work in the Dealer´s Den was done) and had a few drinks and some dinner. I hope he had a great day and met some cool people. ^^

To commemorate the occasion he wanted this commission done and I happily obliged.