The Captain's Cabin Part 1 by Zigzak 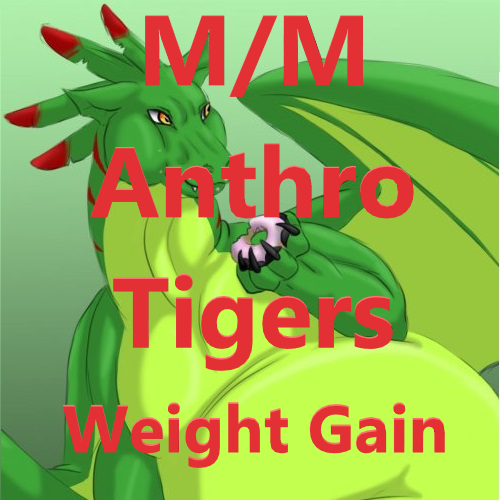 The Captain’s Cabin
By Zigzak

Charlton parried blow after savage blow from his opponent’s cutlass, but the shepherd’s form was poor and he was beginning to tire. The shepherd made a desperate over-head swing, and Charlton was almost too slow to dodge it; he swore that he could feel the blade brush his whiskers as it cut through the air where he was standing a moment before. The shepherd staggered forward, and Charlton used the opportunity to disarm him.

The exhausted shepherd knelt, knowing defeat. A cheer arose from the ship’s decks as he placed the blade on the defeated sailor’s shoulder, he was the last of the pirate ship’s resistance.

‘Getting slow,’ Charlton cursed himself. That last fight was too close for comfort, he should be faster, but the officer’s lifestyle was catching up with him. He looked to his own ship, the Captain was watching him. Their eyes met briefly before the Captain made his way down to the deck to give his orders.

The pirate ship’s prisoners were delivered to a dedicated prison ship and a skeleton crew was left aboard the defeated ship, with orders to sail for Langdon. Charlton was about to settle down in the crew’s quarters when a crewmate rapped him on the shoulder. ‘Captain wants to see you.’

Charlton sighed and quickly changed into a fresh uniform. He wouldn't have time to shine his boots, but as he struggled to fasten his coat around his waist, he doubted that the Captain would consider it to be the worst feature of his appearance tonight.

He made his way up to the Captain’s cabin and knocked softly on the door, the stained-glass window shuddered softly in its frame. ‘Come in,’ the Captain answered.

Captain Arrion was born to be a captain. He had grown up on the seas and though he was only around five years Charlton's senior, he had been in the Navy for many years more. Arrion had gained the role of Captain of a smaller vessel before Charlton had even joined the Navy. He was a man of experience, though his time as captain seemed to be catching up with his appearance. Years of fine dining had made him grow plump, though this did nothing to take away from his sense of command, he was always an impressive sight when commanding his men.

‘Lieutenant Charlton.’ Captain Arrion was out of uniform, dressed in a rouge buttoned-down shirt. He stood with his back to the dining table and eyed up the younger officer. ‘I understand that you came to us from Tarmia.’

‘And a fellow Tiger too. How long have you been with us now, twelve, fourteen months?’

‘Fourteen,’ The Captain echoed. ‘I feel as though I should know you better by now, but I plan to resolve that. How does dinner sound?’

The Captain gestured to his private quarters, ‘The table is set, and I am without company tonight.’

‘Let me take your coat.’

Charlton slipped off his coat and instinctively sucked in his stomach as the Captain took his coat and hung it up.

The Captain led him through a set of doors. His quarters were lavishly decorated, as befitting of a man of his rank. Expensive silver candle holders glinted softly in the moonlight that shone through the windows at the back of the room and a fine oak desk stood in the corner, covered with the day's paperwork. The dinner table was set with a fine buffet, better than Charlton had been used to since their last shoring. Two roast turkeys, piles of succulent sausages and a mixture of roast potatoes and vegetables were set upon fine china.

Charlton was taken aback. 'This food looks fresh! If you do not mind my asking, we have been out at sea for weeks-,'

'This is partially your doing, apparently those pirates were dining well.'

Captain Arrion pulled out a seat at the table and Charlton took sat down. 'Are you expecting more guests tonight?'

The Captain grinned and took his seat at the head of the table. 'Just the two of us tonight. Eat as much as you like.'

Charlton helped himself to the feast, filling his plate with sausages, cuttings of turkey and some roast potatoes and vegetables, topping it off with gravy. His stomach growled, the day's fighting had left him with a strong appetite, but he ate delicately, remembering his manners.

After finishing his meal he looked up to see the Captain taking a less elegant approach to his meal. Captain Arrion picked up his empty plate and drank the remaining gravy, belched loudly and scraped more turkey onto his plate. 'Good?' He asked.

'Excellent, thank you. Even better than some shore-side meals I have had.'

The Captain chuckled. 'Anything tastes good after weeks of salted beef. Help yourself to some more, we won't be docking for another week at least.'

Charlton eyed up the sausages. He didn't want to seem too eager, but the Captain was right, he wouldn't get any decent food for more than a week. He reached over and filled his plate. The sausages were especially delicious, their flavour releasing all at once as they burst between his teeth. He cleared his plate much quicker than before. After he cleared the last morsels of food from his plate he felt a pang of guilt, he was showing himself up in front of his Captain. He needed to keep his appetite in check and eat more slowly, it did not proper of him act like this in the company of his better.

As he lifted his eyes from his empty plate he was surprised to find the Captain giving himself a third helping. The Captain's eyes met his and he gave a wink. 'Have you finished already?'

'Sir, I couldn't possibly eat another bite!' Charlton lied, but he would not disgrace himself in front of his Captain.

The captain put down his knife and fork and stood up. 'Is that so?'

He slowly worked his way around the table. 'You see, I think you can do better, I think that you want more.'

Charlton had no idea what to say and he was feeling hot under his fur.

'You see, I have noticed all of those extra helpings that you have. I have noticed this-,' The Captain reached out a claw and poked Charlton's rounded belly. '-has been getting fatter.'

Embarrassment swept over Charlton like a wave. 'Sir, I can do better, I swear. I'll drill every morning for an hour.'

Captain Arrion leant in closer and said. 'No need, Officer Charlton, no need at all.' He placed a paw on his belly and gave a gentle rub. 'You see, I think that you enjoy what the officer's life is doing to your figure. I think that you like what it has done to me, too.'

The Captain took Charlton's right paw and placed it on his own paunch. 'I think that you are like me. If I am wrong in this, say so and we shall never speak of it again.'

His belly was so soft and rounded perfectly. Charlton gave it a nervous rub.

Captain Arrion smiled warmly and lent further in, his belly spilling over his belt and into Charlton's hand. 'So, am I right?'

'Yes, sir,' he said as the Captain's hand began to squeeze his belly tighter. Charlton stood up suddenly and kissed him, and Arrion responded in kind.

They kissed for a full minute before Arrion pulled back and said, ‘Now, how about we finish our meal?’ and he patted Charlton’s paunch.

‘Here, let me help you there,’ he said, taking his plate. The Captain filled his plate to the brim with turkey and sausages and placed it before Charlton. ‘Do you mind if I?’ Arrion said, spearing a sausage and bringing it to Charlton’s maw.

Charlton nodded and the Captain proceeded to feed him until the plate was empty. Arrian patted his belly and Charlton belched suddenly. ‘Captain! Please forgive me. How vulgar, I-,’

Regardless, Charlton felt mortified. Then he noticed the Captain filling the plate up again, piling it as high as he could.

‘Captain, I couldn’t possibly,’ he protested.

‘Now, Charlton, you and I both know that we’re big cats. We can fit more in that pot of yours than the average sailor’s, that’s for sure.’

Charlton breathed in heavily and felt the strain of the buttons on his shirt. ‘Well, if you insist sir.’

‘Oh, I do insist. Here,’ he said, bringing another fork-full to his mouth.

Charlton was thoroughly gorged until there was a “pop”, followed by another, and the buttons on his shirt flew away and bounced across the table. The Captain moved a hand down and rubbed his paunch, which, round and bloated, spilt generously over his lap.

‘There’s enough left here for one more plate,’ the Captain said. ‘Now, will you be willing or do I need to issue orders?’

Charlton nodded reluctantly. Although the release of his shirt took some of the strain away, he was feeling very full. After scraping the last of potatoes onto the plate, the Captain set it down before him and resumed feeding the stuffed tiger. Charlton accepted it willingly, but he was beginning to push himself beyond his normal limits.

However, the Captain was right, they were big cats, and he’d be damned if he let a good meal go to waste.

‘Ooof,’ was all Charlton could manage as he finished the last bite. The Captain gave his paunch, which was thrice its normal size, a gentle pat. Charlton sat with his head back, and the Captain kissed him from above whilst lifting his shirt and running his paws through Charlton’s belly-fur.

‘You did well, lieutenant. Quite well indeed,’ Arrion said. ‘Now, how about you stay the night?’

‘With me, of course,’ said the Captain.

Charlton blushed, he felt nervous, but those hands on his paunch, working magic. He purred quite unintentionally and then kept purring as Arrion’s hands continued to caress the soft fat of his paunch. 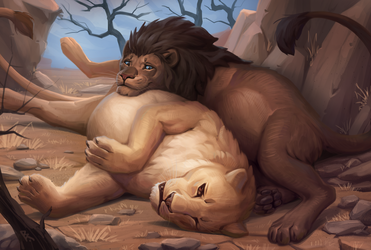 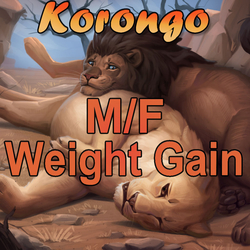 An officer in the navy has been enjoying fine dining a bit too much lately, and his Captain has taken a keen notice...