If this is a realistic setting, how is Sonic able to straddle and stand upright on a speeding missile?
If Robotnik doesn't know who or what the blue blur is, why does he respond to his robot with "Him?" when it confirms they have Sonic on visual?
Why does Robotnik send unarmed, unescorted robots to search for Sonic when he's already decimated his buzz bombers? Especially when he's got smarter, deadlier robots he could deploy? And if they have Sonic on visual, why scan for him?

If this is the 8th time the blue blur has saved someone from a robot attack, why does Robotnik say that all the animals on﻿ South Island are extinct? Wouldn't someone have called him out on that?

Why do Robotnik's warships not make any noise while they're flying?

If all it takes to kill a robot is a small animal to jump into them with enough speed, why is the military so incapable of killing them?

Why would the robot interpret the soldier's act of surrender as a sign of pride?

If the scanning robots were intended to find Sonic's location so Robotnik could launch a homing missile at him, didn't he realize that a dense forest is probably the worst environment to send a missile into, given the number of things﻿ it could collide with?

How does Robotnik know Sonic's name after the attack on his warship, when the only people who know it are part of the task force walking through the forest? 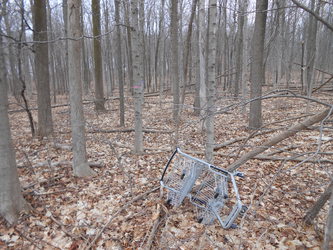 Questions for the Creators of the 2012 Sonic Fan Film

To Blue Core Studios, concerning their latest efforts to create a movie based on someone else's intellectual property