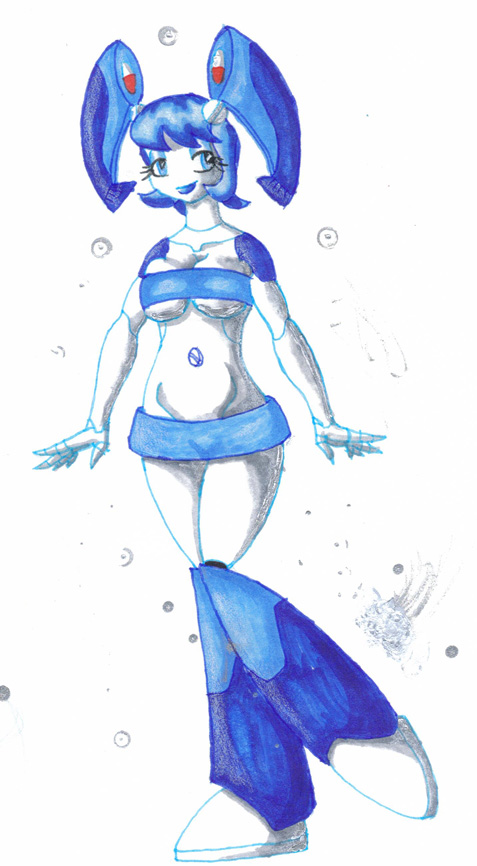 Yeah, so... I know it's not my best work, especially after not uploading in a long while. This was one of the things I was trying to work on, while helping to babysit three of nephews, and as you can tell this suffered because of it. The sketching and inking went well enough, but as you can see it's the coloring that all fell apart. ... I don't want to go into detail about that part. Anyway, as you can tell, this is everybody's favorite gynoid, that means "female android" for those that didn't know, Jenny "XJ9" Wakeman from "My Life as a Teenage Robot." Or at least a sexualized version of her. This version was inspired by many other sexy Jennys that I've seen over the years, it may be considered an amalgamation of those versions. Now, all I can do is hope this will tide you over until finish a, hopefully, better version of this later.

a as jenny life mlaatr my robot teenage wakeman xj9