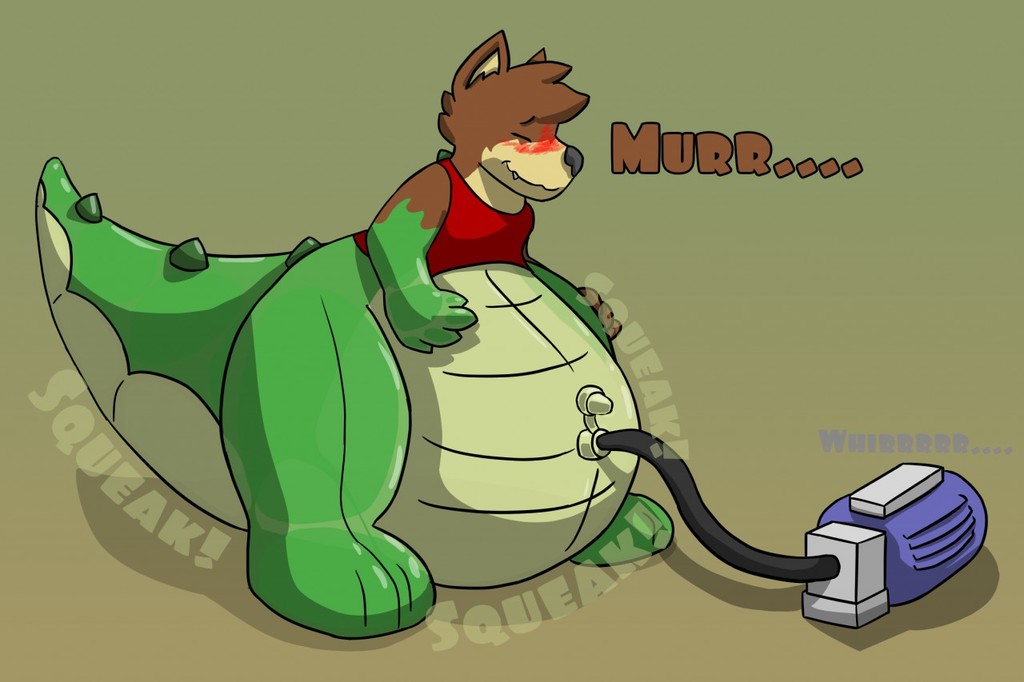 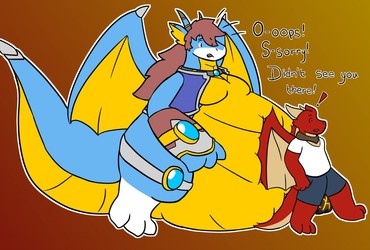 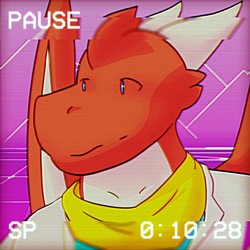 The all so familiar wolfhog of mine, Nova, got a magic little valve permanently stuck to his front. Normally, it just hides in his naval flushly, but if you blow into it, he'll start ti transform into a pooltoy before your very eyes! What pooltoy? Noone knows, it's always different!

(Basically, we did an RP where this happened, and he liked it so much it's a permanent feature on his character now)

The wolfhog gently pushes the hose into his new valve, which was a tad mismatched with his normal body, after all, how could a valve glued to his naval do anything? The wolfhog, nevertheless, threw the switch on the air compressor.

The flow of air started as nothing more than expected, a pressure on his skin that made the hose hard to hold to his new valve. Yet curiously, he could sense the tingling sensation that came along with being filled with air, as he would do on many a normal day. Visually, he could even see his abdomen expand outward, nagging at his pants button and shirt alike. He could feel the wonderful yet tense, but overall sensual feeling that always accompanied this sort of thing

Without much struggle, his pants button exploded off his body as his body occupied more and more space. A blush painted itself across the Wolfhog's face. Yet, in actuality, as he looked down, he saw latex being painted across his expanding middle, his fur receding into the shinny flesh now surrounding his naval valve. He possibly would have been curious if his mind wasn't clouded in cloud nine-- after all, it felt great.

In a moment, he felt a pressure building at his backside, and an ominous creaking from his pants only echoed what was happening. His pants suddenly exploded, replaced with a massive alligator tail, completely of slightly translucent transparent flesh, as wide as his body was now, and as tall as his entire body too. It squeaked in response to its escape.

It was becoming difficult to focus on his changing body, his mind was more clouded with pleasure. His eyes squeezed shut. He felt at various points, his toes meld into one large, thick foot, his pants entirely shred off as he grew out of their hold, his arms get the same latex finish as the rest of his body, and finally, a toonishly large alligator snout from his own face. He didn't care about turning the pump off, despite it nearing his bursting point. All he cared about was what he was feeling. Yet in a moment, all when dark as his mind was emptied into nothing but a skin of translucent green latex filled with air, and no thoughts remained.