Lost in the Static.

Howdy. My name is Zenith!

I take inspiration from subcultures that often make use of bright colors, such as vaporwave and outrun, as well as darker, more surrealist themes such as found in David Lynch productions like Twin Peaks and media such as The Twilight Zone.

Currently, in between client work, I am experimenting with various new mediums and styles, both physical and digital, ranging from traditional oil and acrylic paints to simple pen and paper.

Feel free to reach out to me for anything, but please ask me up front in your message what you'd like, as I get contacted by spam often and as such can't often distinguish what's a real question and what is not!

You don't need my 'permission' for these things, but feel free to:

Thank you for your time!

Most recent: Raffle Prize for AsterionVega 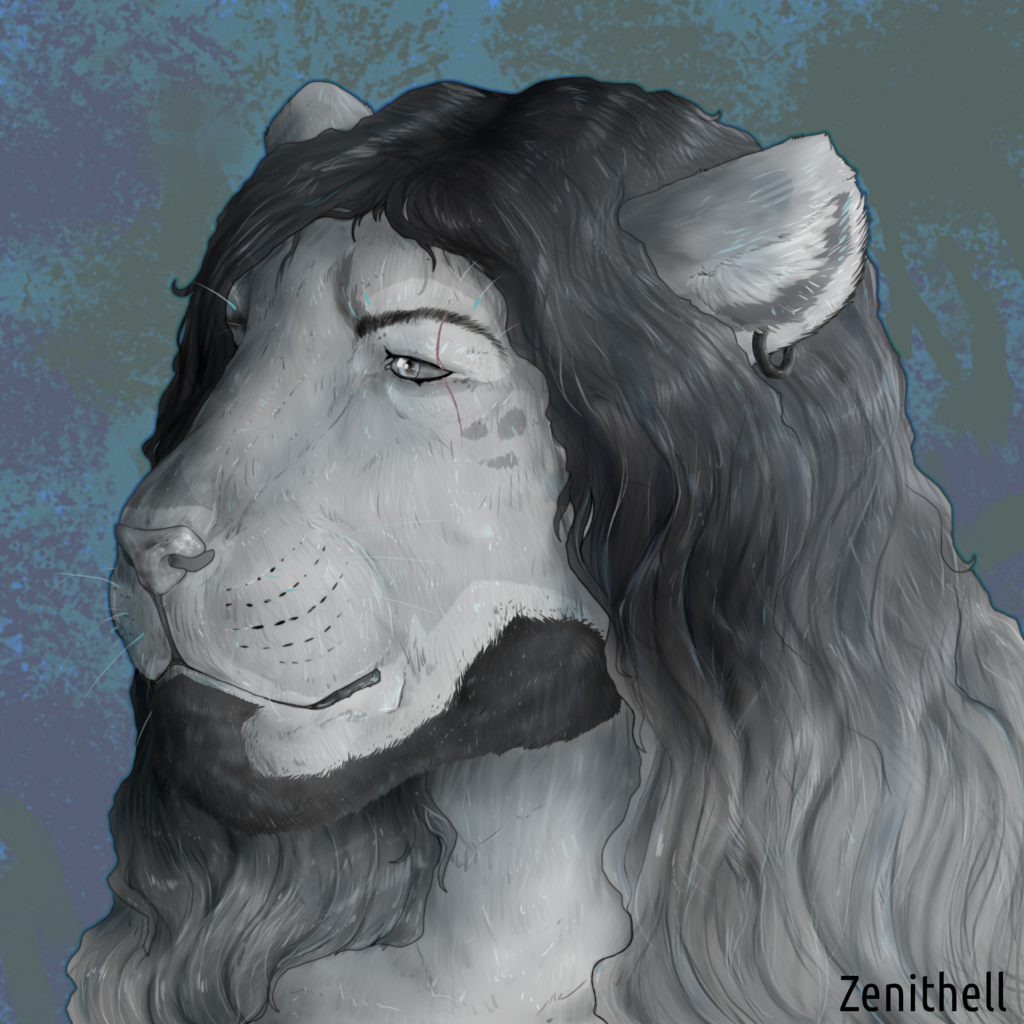 Hello, everyone! I am here today with an exciting announcement! As of today, I will no longer be going by the username ‘EmpressRising’ and, similarly, my fursona will no longer have the last name ‘Rising’. Now, worry not, let me explain!

About two years or so ago, I was looking for a new name for myself as well as my freshly-created fursona. I was struggling to find something I liked that I felt suited me, and as I was listening to the gorgeous song ‘Empress Rising’ by Monolord, I thought, I love this! It’s such a good song, the meaning is kind of neat as if I am someone rising above what my past was, and similar. I was sold, and without any consideration for what this might entail, I switched everything I had over to ‘EmpressRising’.

Fast forward about two years, and I began to realize what this meant. I quickly realized that many times when you Google ‘Empress Rising’ you get art that I’ve made or that has been made for me, accounts by me, thrown in with the work that Monolord has done. On top of this, I have grown to be an even bigger fan of Monolord and their work and as such have started to understand the ramifications of taking this name for myself.

I never asked permission to use it, I never ran it by them, and I’ve been throwing this name for myself everywhere for two years now. I definitely believe in the ability to take inspiration for yourself from things, but I just took the song and have based my entire identity in the online community around the title. But, to me, it was never my identity to use. Not to this extent.

In the coming months, I have a lot of plans for myself and what I want to do. I want to start doing more on YouTube – not just art, but maybe regarding aviation as I work on my pilot’s license, I have plot ideas for THREE – if not more – comics. It’s been a bit of a secret, but I don’t mind to share a bit – I am working on a novel currently, it’s over halfway done for the first book of the trilogy, and I am hoping within the next 6 months to have it published or at least finished and being processed and reviewed. I even have a few ideas I’m not able to share yet!

I don’t feel right growing and doing all this under a name that I feel like I stole. It’s time I move on to my own identity, something that is my creation. I am a big Monolord fan and am honored to call myself a fan of them and their work, and while they’ve been very kind and have let me go by this name for this time, I think it will be best if I completely become my own entity. Empress Rising has been my name for a long time, but it is Monolord’s name and idea and belongs to them.

I know this change is drastic – I’m changing so much so suddenly! But this has been my plan for a long time and something I have discussed with many friends for months now.

I believe it will work out. Another reason I have wanted to make this change, is, I actually do not wish to be known as one specific character I have. I love all my characters and they all mean different things to me and represent parts of me, so for me to just be named ‘Empress’ and also have the character by that name feels inconclusive to who I am.

As of today, you may know Empress Rising the character as Empress Soaring! Soaring suits as it is similar to the idea of Rising, but is a nice nod to my potential aviation future, and the fact that I am not just ‘rising’ above my past and troubles, but soaring above them. It’s so cheesy and terrible, and I love it, haha.

My name across all platforms has now been transformed to ‘Zenithelle’ and I would love for my online moniker to be ‘Zenith’. It feels weird to say, and again might be a bit cheesy, but if it’s anything, the inspiration for this honestly just comes from the fact I like the way the word sound as well as ‘Zenith’ is a point above another point, so it’s a double meaning with ‘soaring’ and it still helps show I’ve been above everything that’s kept me down.

That’s about it. I’m so excited to move on as my own individual and to finally let Empress Rising go back to where it belong, as I should’ve done a long time ago. I always made sure to credit Monolord in my descriptions, but it’s still not the same. I love Monolord dearly and their music has been monumental in inspiring me and making me improve as an artist and person, and I think you all should go listen to them and buy their stuff. They’re worth every penny and every minute listened.

I’m not going to be bothered if I still get called ‘Empress’. This isn’t a change for much more except morality, and I have friends who call me so many nicknames as is that t doesn’t bother me. ‘Zenith’ will be what I use. You might still see my old name or fursona name around until I get everything fully changed, so excused the slowness.

Thanks for all the support, and I look forward to continuing to grow with y’all!