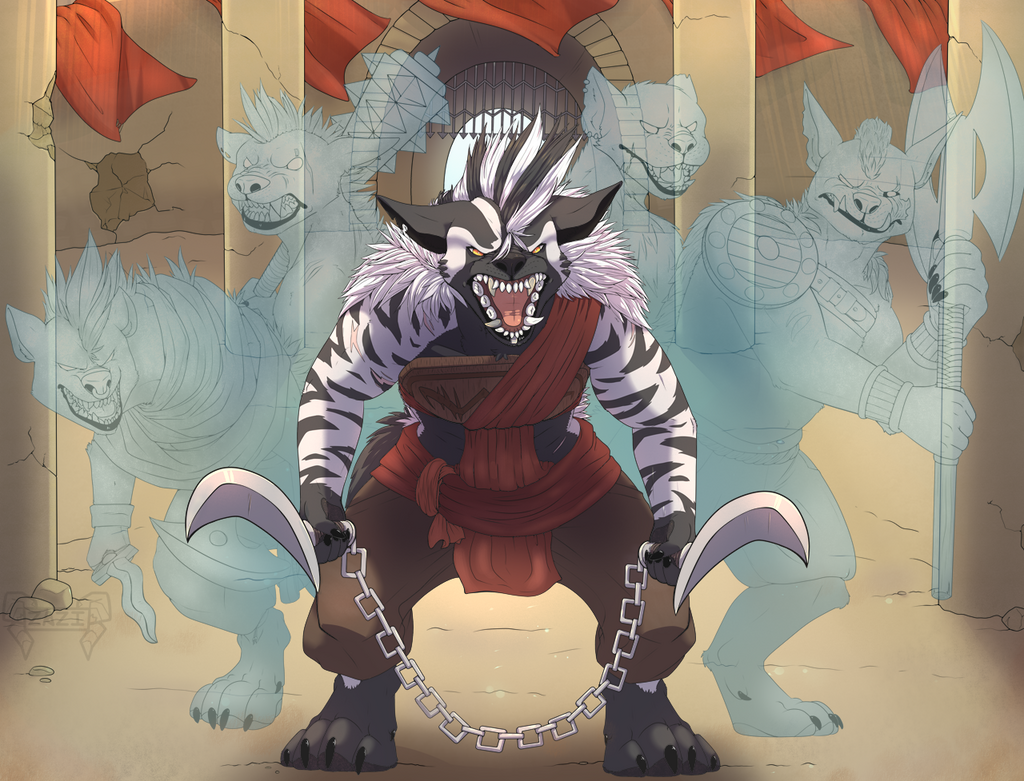 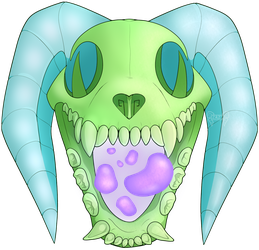 Grrau Is a Gnoll Barbarian that likes arena fighting, collecting battlescars, and looking scarier than she actually is outside of battle. Watch out, she rarely fights alone!

When Grrau rages, the first enemy she hits becomes a target of her Ancestral Guardians. These spectral Gnolls warriors of ages past will surround, circle, and interfere with attacks made against anyone other than Grrau. While Grrau has no clue who these spirits are, since she never payed attention in history class, a wise Gnoll would recognize these figures as echoes of some of the most prominent warriors and leaders of her clan. Grrau can also send her guardians to defend her teammates in battle, if they're still taking too much damage.

While Grrau thrives in the arena culture, she is surprisingly soft-hearted and tends to use her muscle to assist and defend rather than cause mayhem. However, the right kind of person can surely piss her off and cause her to relinquish her good nature and patience.