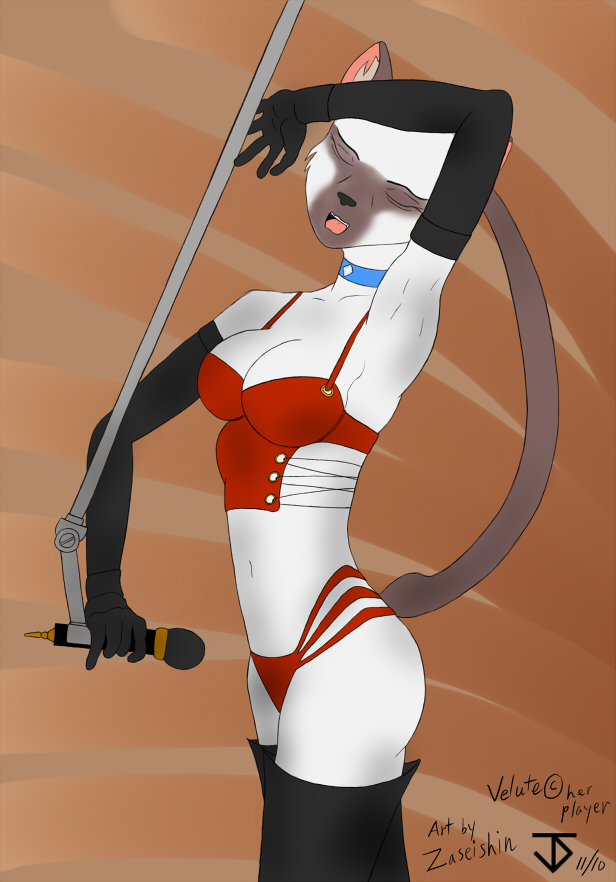 Velute and I used to be part of a band, Tentacle Love, and before our guitarist and keyboardist decided to put the band on hiatus (they were going to have a kid) we were pretty damned good. Velute was our singer and I played bass. Sometimes we'd come in our touring get up to the studio so we'd feel more at home while laying tracks. I forget what Vel is singing in this. It's either "Get Off Me" or "Deep Down." Either way, she was definitely into it that day.

Yes, I kinda half-assed the shading (a lot). Primarily this was for the line art I'll post next. I did a super rough skeleton sketch on paper then did all the rest in Paint Tool SAI. Program works pretty well. I need to figure some things out still but it's pretty good. Namely I got to get real shading down rather than I what I tested. And figure out if there is a line tool. Damned microphone pole was annoying. Also got to figure out why my tablet/pen does not want to scroll when I hold the scroll button in SAI. Instead it jumps to the color white x_x