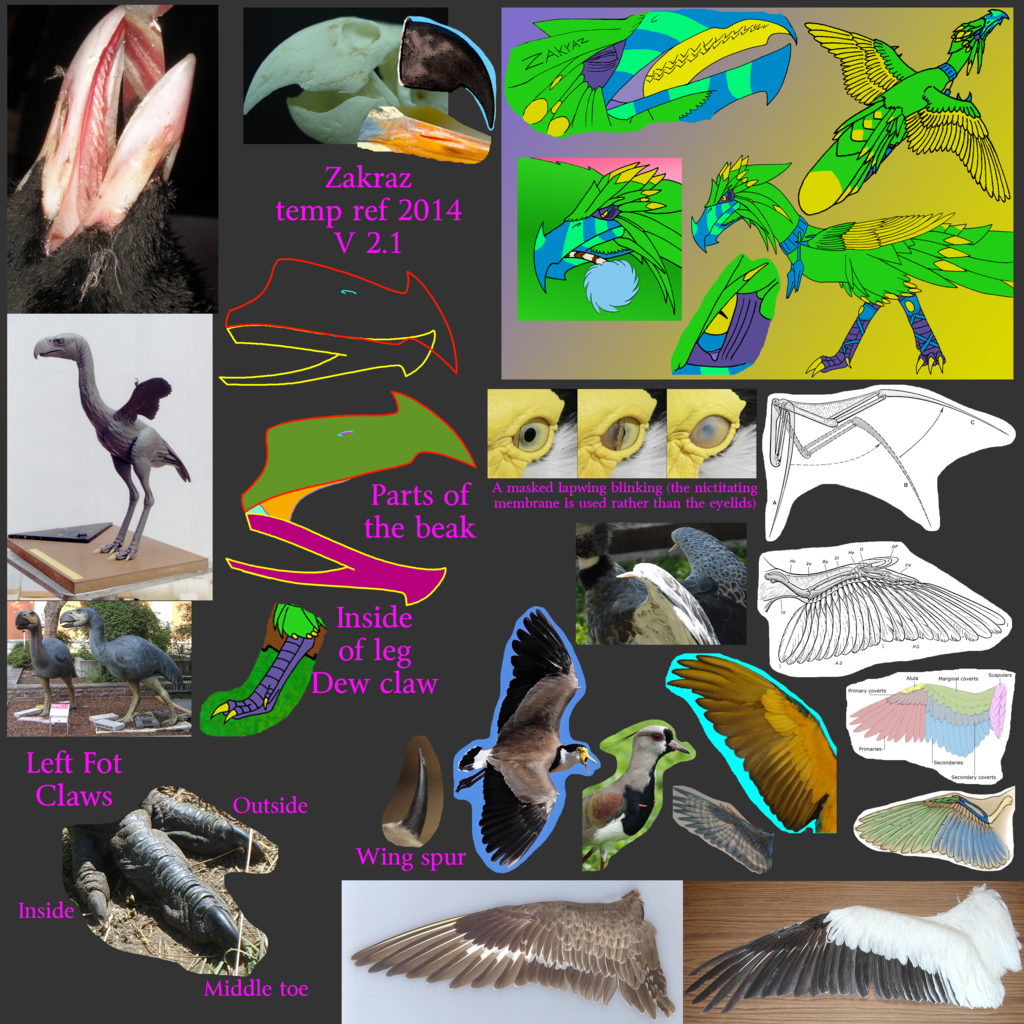 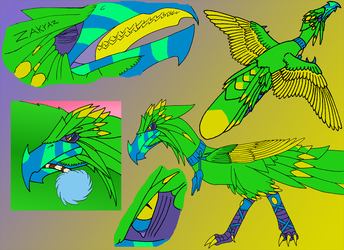 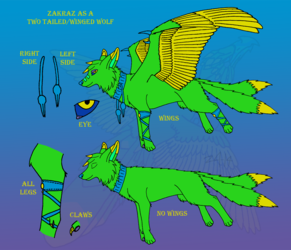 Art/Design/Zakraz © Zakraz
Fan based/inspired by another avian bird.
Guess right and I might add it.

I do not plan to give this character any gender at all, so feel free
to call Zakraz what you want as Kraz grows as a character.

Kraz is a quite large avian bird who is able to fly/glide,
speak and like to hunt after smaller prey to eat.
Lives inside a hidden cave at the hill of a mountain.

The blue collar around Zakraz neck:
The base of the collar is always blue. However anything else attached to it seems to
change sometimes the reason for this is unknown. Normally the end of them are
shaped like bird skulls hanging by a rope, left side shorter than the right side.

More to be added as Zakraz is still a new character of mine.

(Will add more info when needed until the new ref is uploaded.)