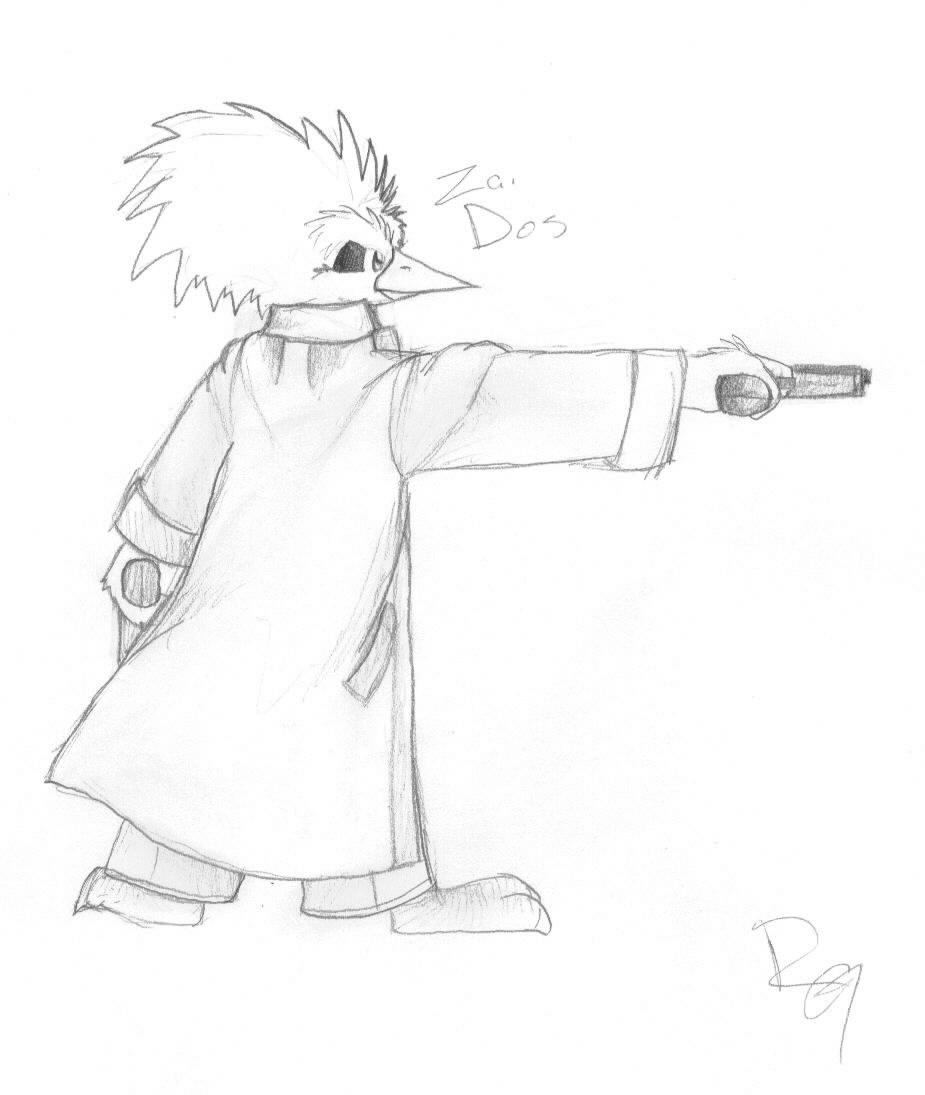 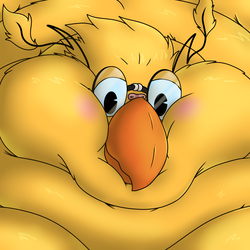 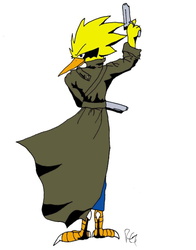 Okay, so, here's an OLD old one. This art is from 2003 and was the first piece of art I had ever received for anything. It's of the second version of my original Zapdos character (the first was just a human with Zapdos wings), who eventually became my parrot 'sona.

Specifically, this was done for a message board I was on back on the day which involved anthro Pokémon RP. Why is he holding a gun? Zero clue. I hadn't really wrote much of a story for him.

The art is by the award-winning creator of Housepets, rickgriffin! It's pretty incredible to see how far his art's come in the last 17 years.