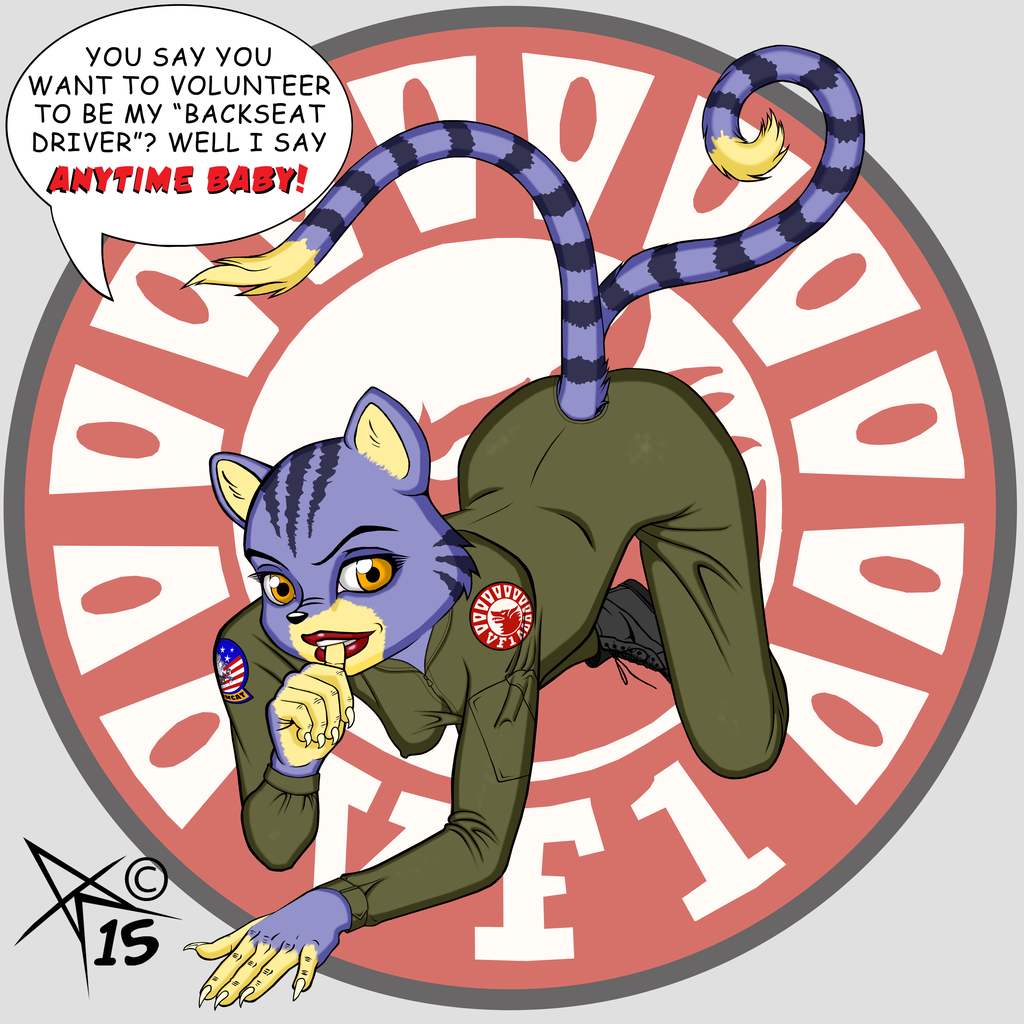 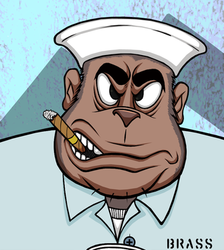 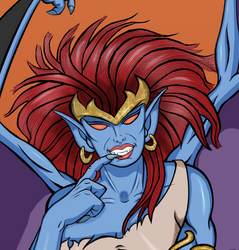 This is a recreation of a drawing that I did for an F-14 pilot in VF-1 "Wolfpack" about 30 years ago. The F-14 was a big beautiful bird that could turn and spin on a dime. As anyone who's ever seen "Top Gun" knows, the F-14 carried a crew of two; pilot in front, and the R.E.O. or Rear Equipment Operator operated the radar and aimed and passed the targeting information forward to the pilot. In Navy jargon the REO is commonly called the "back seat driver." And in this situation the double entendre is intentional. This was originally done in the bygone era before the Navy became a PC hell and sailors could openly discuss their bedroom exploits (in other words before women started serving on combat ships) and smoking cigars wasn't frowned upon. In fact, that's how I met the pilot in question. Normally ship's company and air wing personnel stayed clear of one another, but the pilot in question saw me sitting up forward on the 03 level drawing and puffing on a cohiba. (And it was nobody's business where I got it from!) As a cigar aficionado himself he noted my fine choice of a cigar and commissioned this drawing from me. From what I understand VF-1 was disestablished not too long afterwards in 1993.