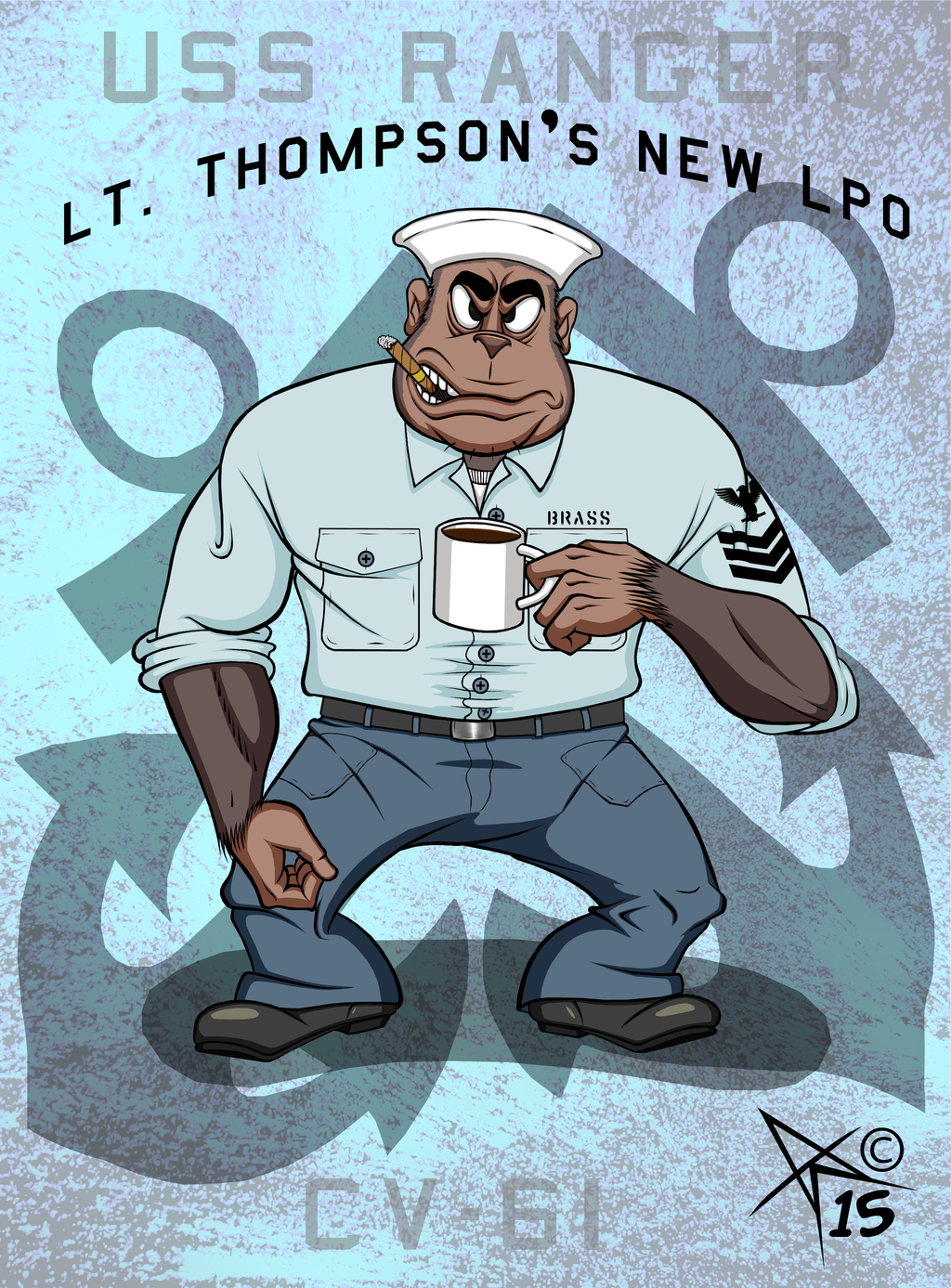 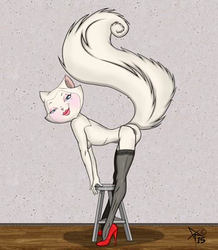 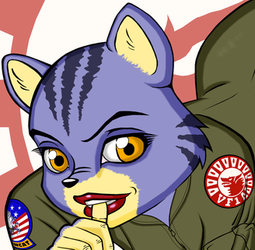 This picture hearkens back to my days in the Navy when our division officer was transferring from Operations Division to the Deck Department. Line officers have to do this from time to time to further their career. I drew a similar picture to this as a parting gift to him. Deck Department consists mostly of the boatswain mates and coxswains and is concerned with line handling, (anchoring and tying up and casting off of the ship to the dock). Small boat handling and piloting. and exterior hull maintenance. They do much more than I've listed here, of course and are one of the oldest ratings in the Navy. Colloquially, they're known as deck apes. possibly because in the days of wooden ships and iron men the boatswains mates were the ones swinging through the rigging handling the sails. I thought it'd be clever to depict his new LPO (Leading Petty Officer) as an actual ape. And no sailor is complete without a cup of lifer juice (Navy coffee) in hand. (And no cup of Navy coffee would taste right without a slick of DFM (Diesel Fuel Marine) floating of top.) I've also depicted him wearing dungarees and boondockers, a utility uniform that worked just fine for the Navy from 1913 through the late 90's. A helluva lot better than those ridiculous camouflage NWU's. (What are you going to do, try to blend in with a haze gray bulkhead? We were sailors, not soldiers.)