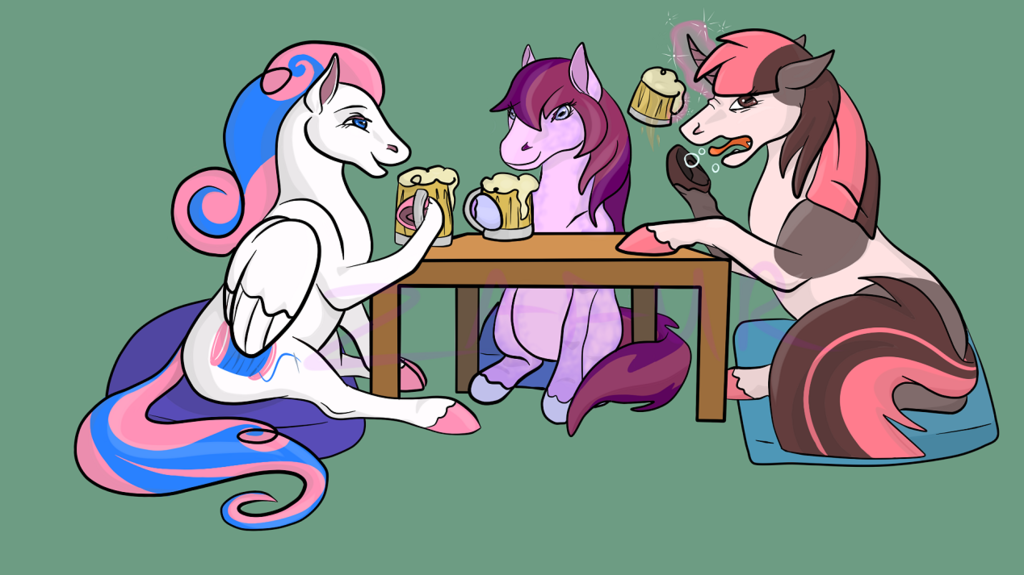 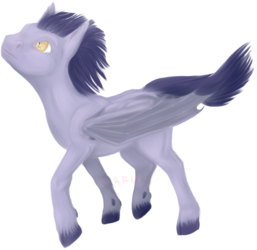 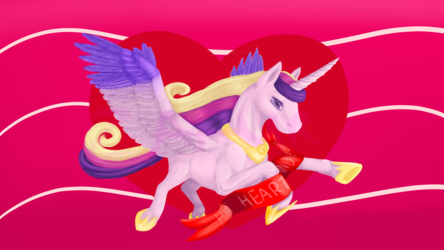 "Maybe I'll bring it over next week. It's almost done," Lace replied between sips from her mug. Talking about her latest project had brought a glimmer to her blue eyes and the cider had ensured its stay.

Dust tittered in agreement, almost bouncing in her seat. "I can't wait! You've been working on it for so long."

"Burp!" A grin met two amused glares. "Heh come on, let's get to the fun stuff now that we're done with the obligatory stuff." An impatient tail flick later and a set of mismatched hooves shoved the small pile of dirty plates and mugs across—and off—the table before a glowing box fell into its place. "Er, whoops." Russet snorted at the dishes on the floor and shrugged.

A pair of purple brows arced. "... Really, this is your plan for our 21st?" The dappled mare asked while Lace tried to hide her giggle in her hoof.

"Oh like you're one to laugh, Lacey," Russet smirked, eyes rolling as the cover levitated off before unfolding the board and distributing the colorful bits. "Dibs on the schnauzer."

There Lacey, now you can stop telling me to write things. ;P (Btw it felt weird as heck trying to write characters who are actually people I know IRL. Never again.)

This picture has been sitting on my hard drive for a month. Better version to come later. So in the meantime, this gets quick and messy cel shading. Yay.