The Mushroom Man. by Zaezar 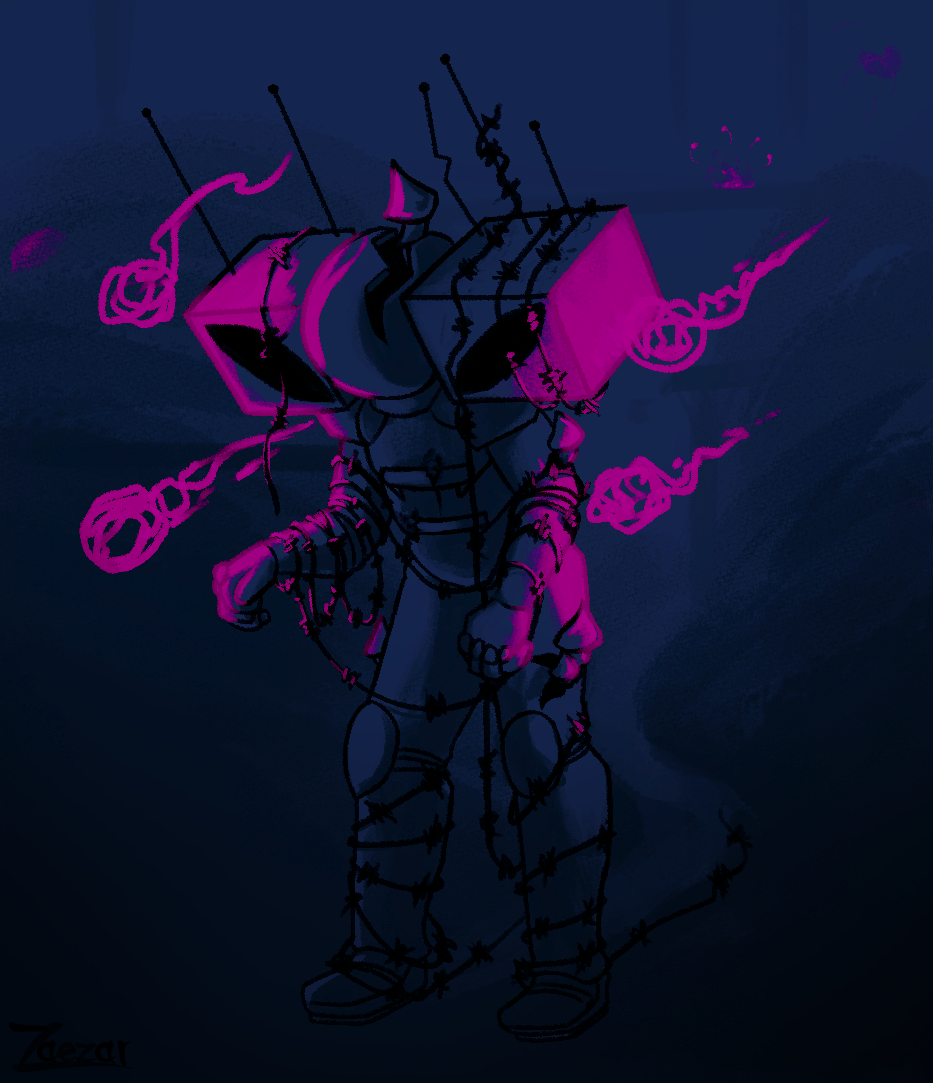 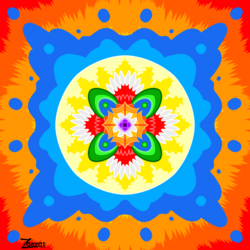 When we beat a game in our Adventure Game stream series, we draw some fanart for it. But when we complete a title way earlier in the stream then I can end it? That is when we pull out the roguelikes. Risk of Rain (the first one) is a title I have hundreds of hours in across various platforms. So I knew we could beat it. In fact, we beat it on our first try.
Then I got challenged to play with a couple of the runes. I told them that there is a run with ALL the runes active. So we had to do it. But that's not interesting enough. nonono. I wanted some PIZZAZZ. So we did it IDLE. We beat as much of the game as possible with only movement. Movement, and MISSILES. SO MANY MISSILES. THE WAVE OF PURPLE DEATH SPREADS ACROSS THE CONTINENT. AWASH IN HORROR, OUR ENEMIES FLEE.

We call him the Mushroom Man, as he never has to move. He can sit still and grows mushrooms around him that heal his entire healthpool every second. He has enough barbed wire that nothing can get near him before dying. And when they die? They shoot missiles out of their body that hunts down more enemies. Its a vicious cycle.

I like Risk of Rain. I am waiting for Risk of Rain 2 to leave Early Access before I play it at all. I want to play the finished version, not ruin myself on the beta one.

Artwork © Zaezar
Like my stuff? Check out my Patreon to get wallpapers a month early or discounted commission slots! www.patreon.com/Zaezar