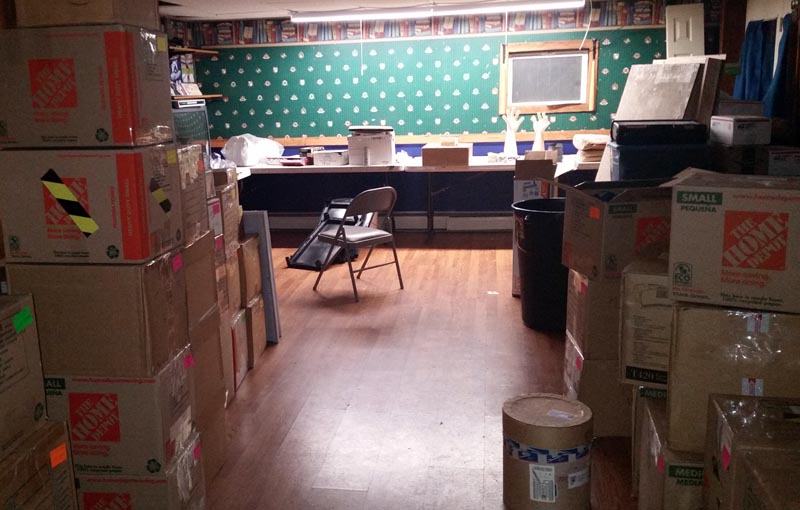 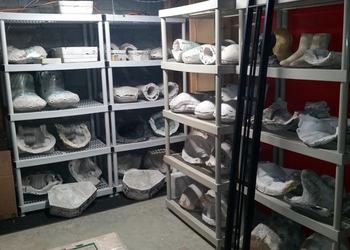 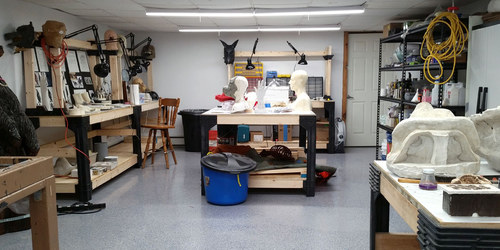 Here's roughly half of the future workshop area; it's a bit wider than a two car garage and roughly 40' deep. That isn't a real wood floor, it's just faux laminate over concrete, so no worries about messes. I'm still busily hanging lights, putting up tables, and unpacking boxes, but it's getting there.

It's also not as much of a cave as it looks like - there's north light from windows that are hidden behind stuff. Not an airy sunroom, but it'll certainly do :)