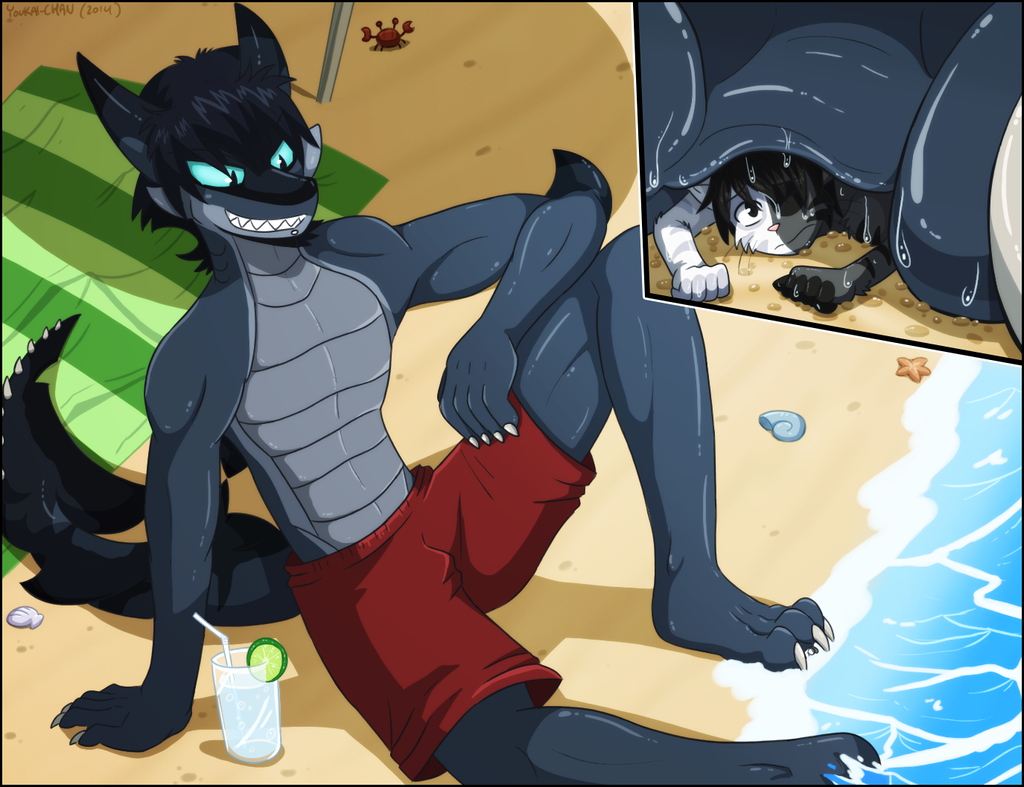 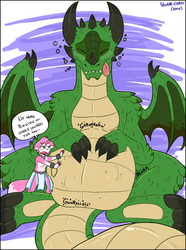 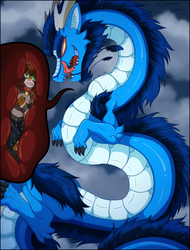 "Hey, when are ya gonna get off!? This isn't funny anymo-ARGBLGGLGB-!!"
Mich coughed and sputtered as he got a facefull of salty water and foam. The gently flowing tide, to his shrunken size, felt like strong tidal waves! The only thing keeping him from trying to get away from the onslaught of water was the giant scaled foot pinning him down.

Alek, the dragon said foot belonged too, smirked as he felt the miniature feline struggle against the thick webbing that lined in between his toes. He would often dig his claw-adorned digets in the wet sand, pushing the little Mich along with them. As he listen in on his tiny toy's protests and muffled cries from the ever-splashing waves, he paid no heed to them; just non-nonchalantly taking a sip from his drink and catching the hot summer sun's rays.

"Come on, man!" Mich cried out while spitting out some of the salt water. "You've had your fun, right! I'm dyin' down here!"

The aquatic dragon grinned widly; showing his sharp teeth. "Nahh, it's only been ten minutes! I think you can last another twenty, tops. Wanna bet~?"

Well!
One of my first big projects for my month off finished~ A little bit of sea dragon feet in the limelight; starring michat2 as the unfortunate tiny who gets to meet 'em up close!
Since Alek's paws have webbed toes (being an aquatic critter and all), I figured that one of these days I'd have to draw something exploding the idea of someone being smothered under said webbing; making it easier to keep them put. And so, this drawing came to be. :3 Not to mention, since Alek is kiiinnnd of a dick like that, he'd probably do something like this to a tiny; keep them pinned near or under water. ;)

I had a LOT of fun doing this; after a long hard month of commissions feels good to get back to personal work again~ Over all I'm really happy with how it came out!