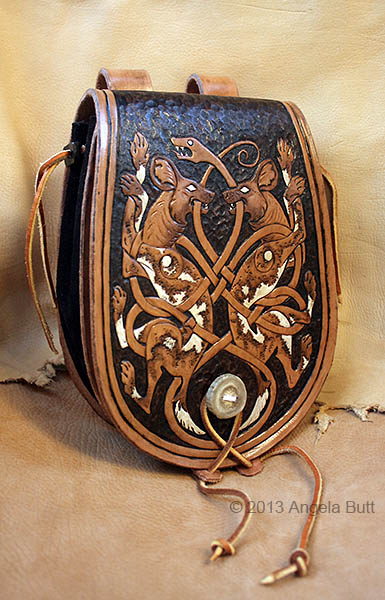 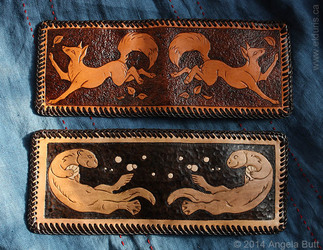 "Long ago, when the World was young, the gods of the animals walked the land. One of these was the god Serpent. Serpent was a good hunter and prided himself on the things he could devour. He proved it again and again; every type of animal at one point had succumbed to one of Serpent’s children. So Serpent set his eyes on grander things; things that no hunter had dared to hunt before. He saw Sun up in the sky, and desired its glow for his own. Yet every time he drew close, the light and heat of Sun blinded and burned him, and so he turned away. So Serpent decided to choose easier prey, and waited until night had settled on the land and Moon started to rise. Quick as a shadow, Serpent rose up and swallowed Moon, and the World was covered in darkness. As Sun rose in the morning, his light blinded Serpent and Moon was able to escape, yet each day thereafter Serpent tried again, and each night was filled with darkness.

Many animals tried to stop Serpent, but Serpent was clever and avoided capture time and time again. Finally, a pair from the Tribe stepped forward; the Tribe was well-known for its hunting prowess and this pair, brother and sister, were the best. Together they laid in wait, cradling Moon between their tails, and as Serpent appeared and sought to swallow Moon they fell upon him. Serpent thrashed in anger and frustration, but the pair were too strong and too quick for him. He was beaten, and in surrender he promised to leave Moon unhindered in her travels.

Their tails shone white from where Moon had touched them, and the blessing of Moon could be seen on all the tails of the Tribe from that day forward."

Utunu came to me with a request for a tooled bag reflecting a mythos from the world on which his character resides in. He wanted tribal, with a bit of knotwork flare and this was the result.