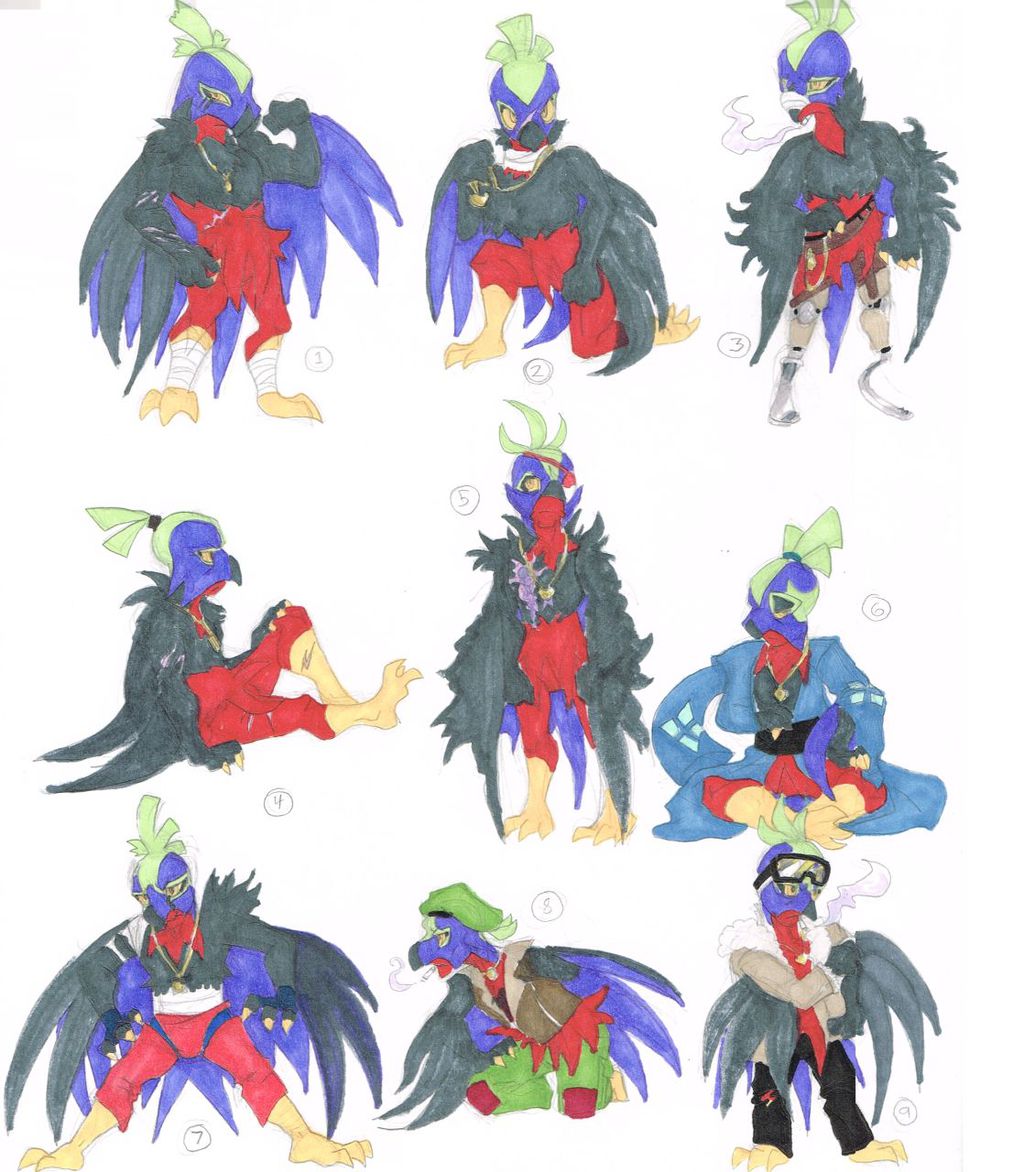 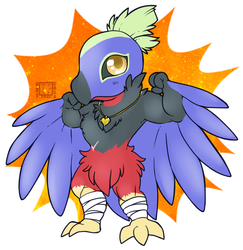 These are some concept images for one of my newest characters, Rapture the shiny Hawlucha!

Now you may be saying; scars? how original.
But hear me out!
This Pokemon has a bit more backstory than you think.

Rapture is a veteran of the Kalos war who suffered quite a bit during it, with the loss of his only daughter and further spiraling into drugs, alcohol, and illegal pitfighting before being taken into the Oracion organization (a mercenary type group formed by my boyfriend) for rehabilitation and reformation.
He specializes in hand-to-hand combat and speed, having weak defenses and a low special attack.
He is a Serious nature that hates to lose.
Moveset:

The locket around his neck contains the last remaining picture of his daughter, Anise, and was given to him by Leon before the start of his rehabilitation.
With a proper refsheet, I'll definitely go more into details in his backstory, but for now, we settle on a design!
I'm really digging the first one, but what do you guys think?

Artwork is © dragonsushi
Rapture is mine, but Hawlucha is Pokemon's!