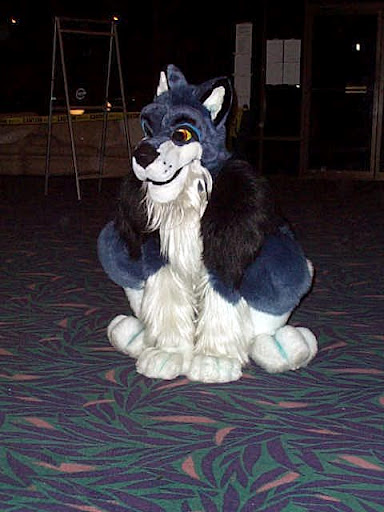 Here's a photo of Brokken in the lobby at FSB back in 2001! Really cute suit and it allowed him a huge range of motion. he was doing handstands in this thing, cartwheels, I even saw him hop over the couch in the lobby.

One bad thing about this though, I'm noticing the shortcomings of my old camera a lot now that I look at these old shots again. But it wasn't so bad for it's age.