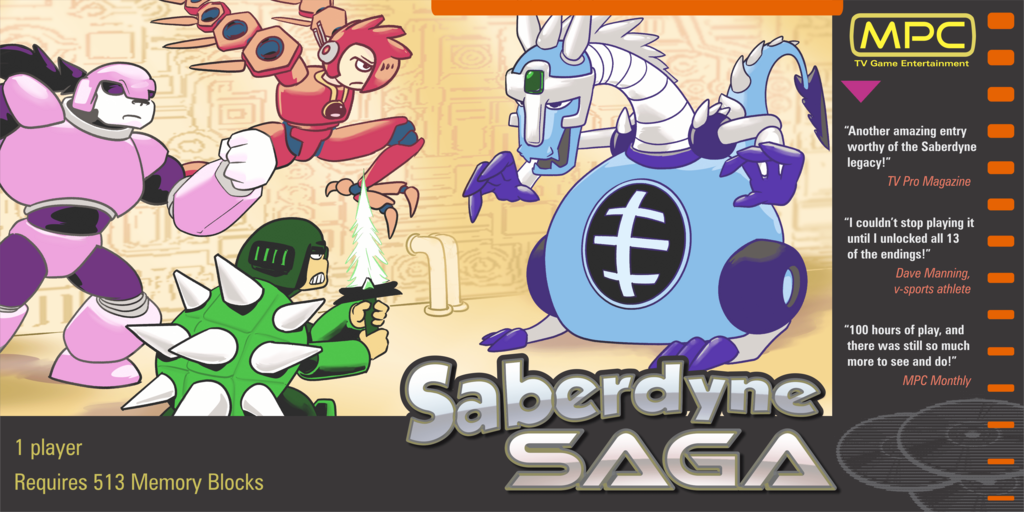 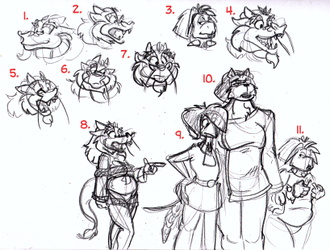 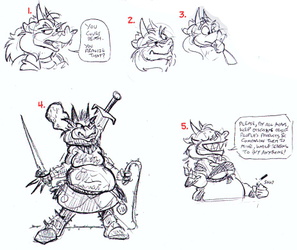 SABERDYNE SAGA (1998)
The “Sabura no Sentai” series [サベルの戦隊] was a major hit on second-generation consoles for Matsuda Communications Inc., spanning twelve games that iterated on its “jump and shoot” and “scavenge weapons from defeated bosses” style of play, and on its inspiration from young-adult adventure programs. The US company Pro-Vision snapped up the localization rights as early as 1984, renaming the series Saberdyne and changing many narrative elements (sometimes to meet community standards, sometimes for no obvious reason at all).
When modern consoles emphasized 3-d graphics with more realism, Saberdyne’s side-scrolling platforms were no longer fashionable. Also, Matsuda was eager to reach a more “world-wide” audience. Meanwhile, Pro-Vision had rebranded itself as Synergistic Publishing Inc. and was aggressively pushing multimedia content for CD-based entertainment. In 1997, Matsuda and Synergistic created a joint partnership, the Saber Planning Committee, where each held 50% stake. By all accounts, Matsuda provided funding and art assets, while Synergistic was responsible for all programming, planning, and story direction.
The sole game that emerged from this venture was Saberdyne Saga, released only in the NA and EU markets. This game set the story “far into the next millennium”, on an Earth where humanity is a mere rumor, and there is an ongoing struggle between the heroic androids called “Saberdynes” and the villainous robots called “Paradynes”. Most action elements are gone: instead, the player controls “Faraday”, a heroic Saberdyne who must assemble a team to engage in turn-based combat against various enemies. Upgrades could be found from plot encounters or purchased with “lugnuts” looted from combats.
Saberdyne Saga was highly praised by the gaming press of the day, but Synergistic was notorious for its aggressive and under-handed marketing. The game sold poorly, with many players complaining about the punishing amount of grinding required to get even the most basic of upgrades, the painful voice acting that is thick with cultural references that were dated even in 1998, and the general lack of faithfulness to the Saberdyne story.
Synergistic had a variety of problems, and this game was no help. The company went bankrupt in 2000, and the assets of Saber Planning Committee presumably reverted to Matsuda. However, the game has never been re-published for modern consoles, and original copies of Saberdyne Saga are now expensive collectors’ items.