Backslash: All Bark & No Byte (VG box art) by Xinjinmeng 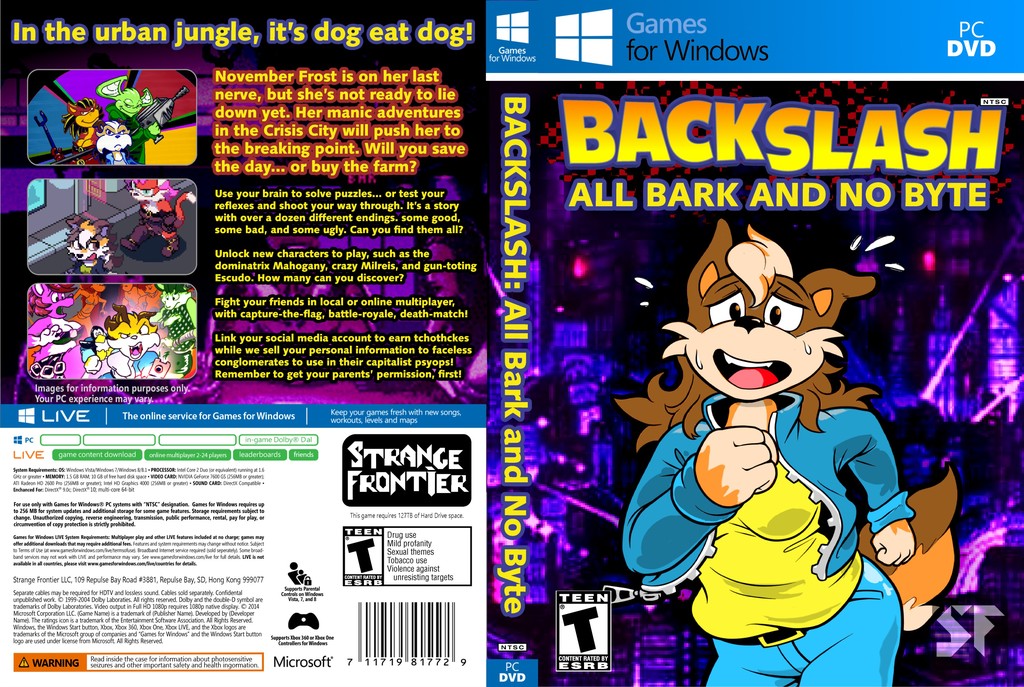 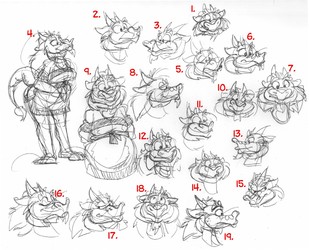 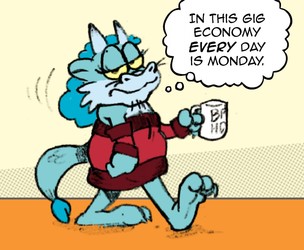 "After langushing for many years in development hell, Zaburo finally sold the rights to their dormant "Backslash" property to ECP. At one point, low-rez cell phone footage debuted of a working game, using 3d polygonal models and at least one completed map. After ECP's bankruptcy, and subsequent re-structuring as "ECP North", the game was finally released for PC. The game generally received positive reviews, receiving praise for its gameplay variety, visuals, and soundtrack, though some criticized the camera, frame-rate, responsiveness of controls, voice acting, plot, frame rate, incomplete areas, digital-rights management that required an always-active online connection, and a bug that sometimes crashed the operating system and required a full reformat and reinstall."

For the Woolwolf Design Challenge of 27-Jan-2019.
Art by Xinjinmeng, with assists from Dawmino, Ouroporos, and some other people.
Backslash (c) Strange Frontier and is still in development hell. Don't worry, our next game will be good.
https://patreon.com/xinjinmeng