By egyptiandragon1, Sketched Scene by XiaoMao 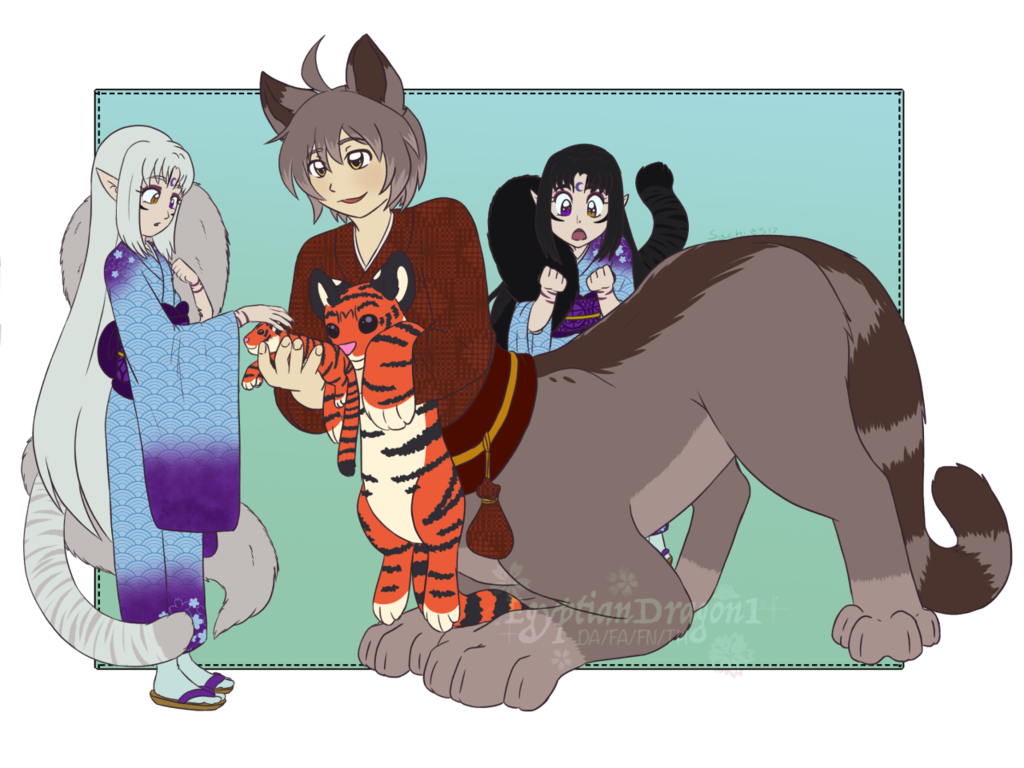 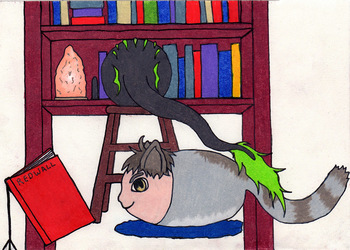 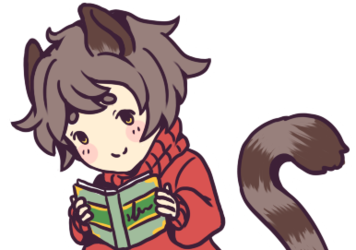 This is based on a conversation during an Ask.
Mao: Yuuki walks up slowly to Ame. Over one arm, he is holding a medium-sized tiger plushie. He is holding the other arm behind his back. He looks a little nervous, and blushes a bit as he stops in front of Ame. He nods to her and begins to speak in a quiet voice that manages not to waver. "Hello m'lady. I hear you can...be a bit shy. I myself suffer from the same. I got this," and here he raises the tiger plushie, "for myself to try and be braver. It reminds me to try and be brave like a tiger. I thought you might like this for a similar reason." He pulls out his other hand from behind his back and in it is a small tiger plushie, about 6inches long. He holds it out gently towards Ame with a small smile. "Here, it's really for you. To be brave, like a tiger."
EG1: Ame watches nervously as the nekotaur moves closer, glancing him over and noting his tiger plush, but squishes a little closer to her more eager and curious mirrored twin. Seeing the nervous look on his face, she relaxed a little as he stopped in front of her, though could still be seen quivering lightly, her little tail wiggling back and forth as her sister patted her back. Listening as she was taught when others talk, she looked between him and the plushie as he pointed out the plush and tilted her head ever so slightly as he pulled out the smaller tiger plushie. Mai on the other hand, since she wasn't being addressed, started to look Yuuki over, wandering around him and studying him as she had never seen a taur before, looking at his big paws, furry body and large fluffy tail. Ame hesitantly lifted her hands to reach out for the small tiger plush, gently lifting it from Yuuki's hand and pulled it back to herself, squeezing it in her arms as a slight smile appeared on her lips. "Thank you, sir," she said in a small, quiet voice, clearly beaming at the gift despite how slight her expression was, "I'll hug it anytime I need to remember I have to be brave like a big tiger." "Oh wow! He gave you a gift Ame!" Mai exclaimed loudly, dashing back over to take a look at it, "aww it's so cute! Thank you for giving my sister a gift mister!"
Mao: Yuuki smiled and laughed a bit. "Don't worry little lady, I have a gift for you as well." Yuuki reached into a bag at his waist and pulled out a small handful of wrapped sweets that he then held out to Mai. "I hope you like these, I made them myself in my home ec class at my college!"
EG1: Mai's eyes lit up bright as Yuuki brought out the small handful of candy, almost seeming to glimmer. "Really?! For me?! And you made them yourself! Thank you so much mister! You're really talented!" She said in such a giddy tone, though, despite how open and excited she was, she still took the candy with an air of politeness. After gently taking the candy from his hand, she gave a proper bow in gratitude and then tried one, soon forming a wide, genuine grin on her face. "These are really delicious! Thank you again!"