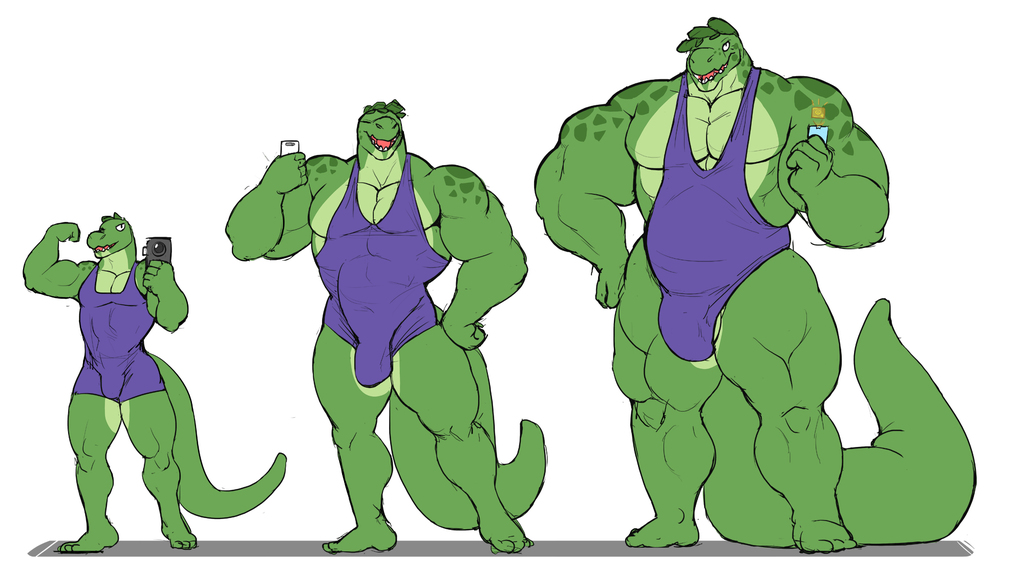 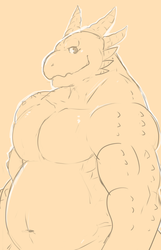 So apparently gators never stop growing as they age, and Ritts was all HEY SOMEONE GIMME MONEY TO DRAW BEEFY SCALE DADS and so I said YEAH MAN DRAW BUFF GRAMPA HERE'S A BUNCH OF DOLLARS.

And then he did it. And his name is Charles. :3c

OK SO how this works is the far right is his current look, he's roughly 9ft tall and in the neighborhood of 900lbs the closer he gets to retirement age. The center and left are "flashback" selfies he took over the years, roughly 20 years apart.