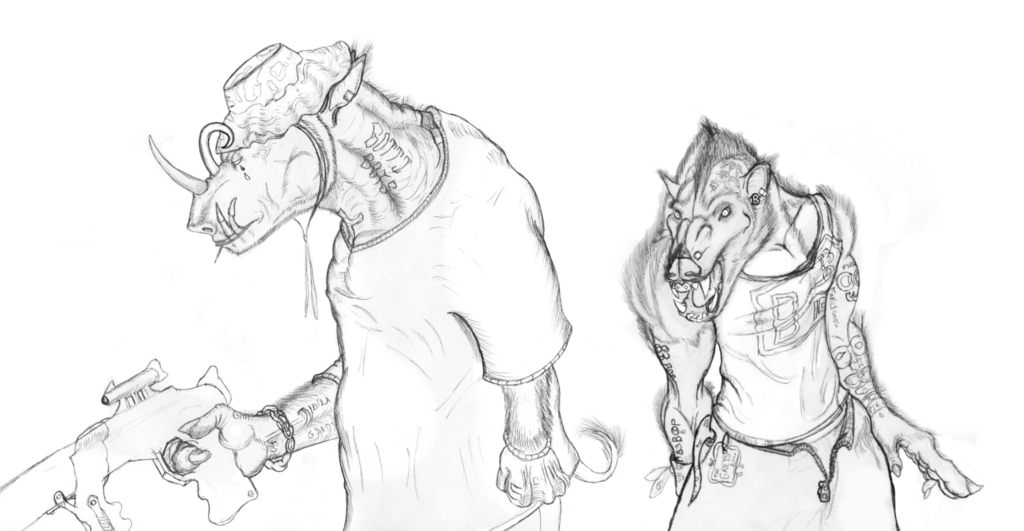 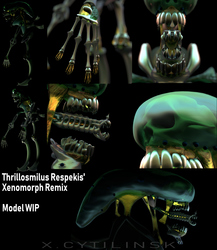 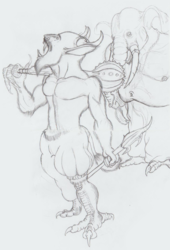 Since they are almost the same size, and Rocksteady has tusks, he wouldn't be a rhino, but a rhino-like pig called a babirusa. He has two horns and reddish eyes, grey skin, and that fits a babirusa more than a rhino.
Bebop has a mohawk, buck teeth, and tusks that are more like fangs. Hes also very furry and stinks pretty bad, so this fits a peccary much more than a warthog. Peccarys are aggressive, fast, extremely furry, have odor glands, and large fangs - this makes Bebop more likely a peccary or javelina more than any other pig. Especially if hes not much smaller than rocksteady who would be a babirusa.

Rocksteady = former New Orleans member of the Gotti Boys gang that wear camo and carry big assault rifles, Rocksteady was mutated with the DNA of a babirusa pig, explaining his sharp tusks out the side of his mouth and his nose horns, and even his reddish eyes.

Bebop = former member of the Bloods gang who was recruited from Tennessee, he was mutated with the DNA of a peccary, explaining his spikey mohawk, buckteeth and long fangs that dont curve out like a proper warthog's.

Rocksteady was born and raised in the trailer parks of Louisiana before he ran away from home and found some sort of family among people of different skin colors in the Louisiana Magnolia Gardens projects. He grew up to become a hardened thug, though never as smart as those around him, he was usually the muscle and could hold a AK steady while unloading it at anyone, thus he was known for rocking the ak with a steady aim, why he got the nickname "Rocksteady". In time, he got snatched up Florida at a concert, and was sentenced to years. A few paid off guards suddenly offered him a 'get out' deal from some hardcore crime kingpin known as "Shredder". All he had to do was shut up and sit still and take the shot of weird pig's blood mixed with glowing green ooze. He didn't care, he was grateful to a true gangster and older guy who got him out.

Bebop was a wild and witty kid from Tennessee who always hung around in raucous circles of his peers, blasting music, smoking dope, bragging, etc. His big brother figure joined the Bloods gang, and so he did too. He repped so hard for them, that he got the nickname "BeBop" for Bopping (slang for thugging). He was more talk than show, but was still a street thug. He went to prison while involved in twitter feud turned violent in Florida. He was offered a get-out-free card by some corrupt guards, all he had to do was go meet with one of the most feared crime lords in Miami. He was so impressed and honored by this man's reach of friendship, that he never stopped to think maybe he shouldn't take the peccary blood injection, or swallow the weird medicine cup full of glowing green...looked like cough syrup...