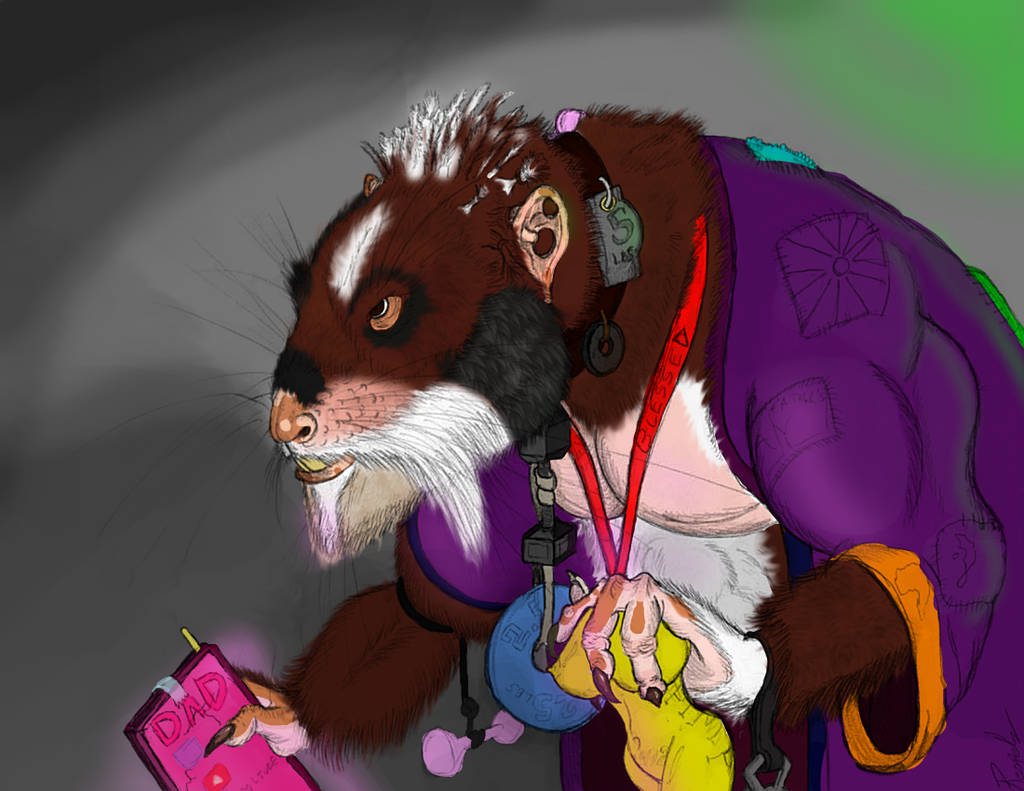 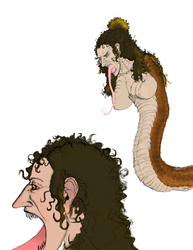 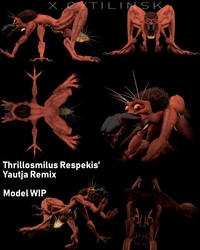 In the comics, he was a rat who was the pet of a Japanese ninja. But the closest thing to real ninjas are extremist left-winged liberal assassins, or hitmen for hire.
This imagines Splinter who was the pet of a yakuza assassin in 1990s Tokyo or California, USA, with a hardcore political outlook. This Splinter has a more Rastafarian feel of religion, and would make more sense since a rat would eat baby turtles. So a mutant rat who is unmoving in his outlooks, but pushes love and acceptance of anyone and everyone sounds much closer to Rastafarianism. This Splinter goes back and forth between Buddhism and Rastafarianism.

Splinter and the turtles got human DNA on them which helped them become human-like when they mutated. This Splinter has a human-like beard, and a more human-like build to his limbs and torso. Since Splinter is the most physically elite of all his sons, he should have massive muscles, and being a rat, his speed would have to surpass a turtles reaction speed, which would mean his muscle strength and bodyfat content would be to supreme olympic levels. And he would not be crippled, but in better shape than his sons. He walks on a cane to stand up straight, because his spine and torso muscles are still mostly rat-like, and don't allow him to walk upright very long. Though he is supreme on all fours or scaling things.
Being a rat in the sewer at his age and health, Splinter must live a extremely clean life, and eat super healthy. So he would be physiclly super fit.
He has a bullet hole in his ear, where when he bit Shredder as a pet rat, Shredder in 90s California or Japan, would've shot at him. A bullet wouldve blown his head off, so debris cut thru his ear, or he was hit by a BB.

His cell phone is a customized smart phone as a father's day gift, and his robe is water-proof very well made and stolen robe, which has been stitched and patched with cloths and things that are important to him. He has a Fathers Day card that was put in laminated plastic and stitched to his right shoulder from all his sons. But as a martial artist who finds his joy from becoming better and teaching his reptile sons, he weight trains by wearing weighted clothing for hours every day. When he takes off his clothes, he becomes so fast and so strong that he can rip through a swat team with his bare claws.