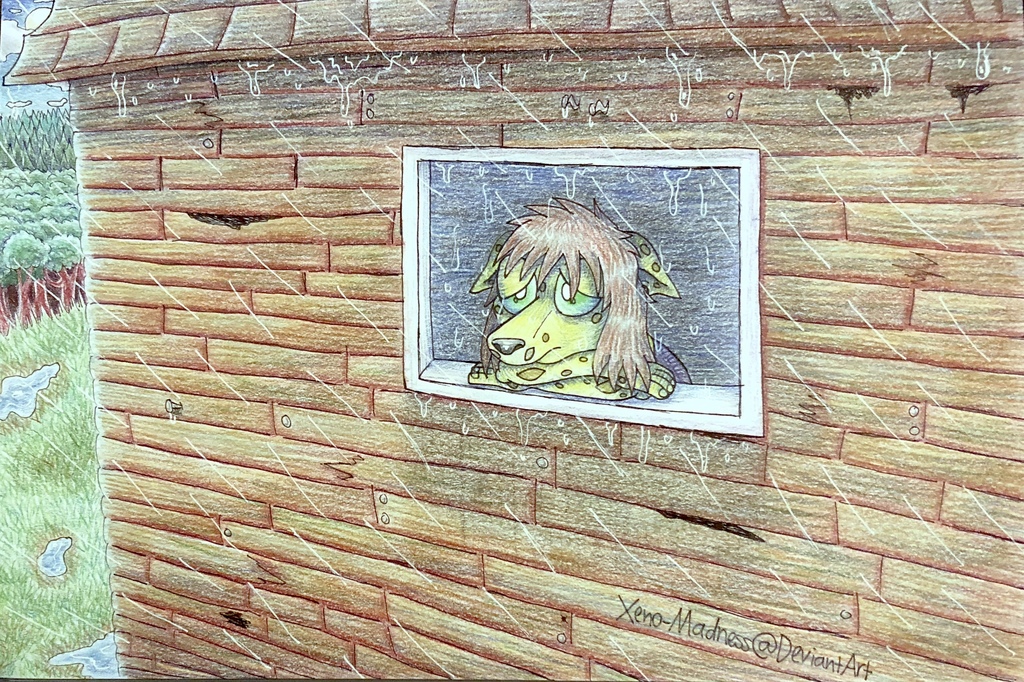 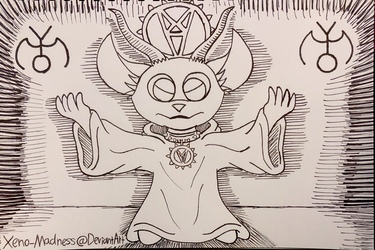 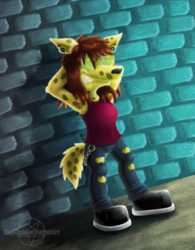 It was pouring down raining in the afternoon just as everyone inside the wooden two story house were comforting in warmeth, Alistair slouched over leaning on the window bench looking out whilst his sisters were playing obnoxiously loud in their rooms and mum and dad had their wackjob releatives over down stairs. Alistair does not like too much noise except for the soft, wet, pattering sounds rain made when hitting onto the wooden planks of his family's home. He was already too much in a depressed mood to do anything or listen to what's on his CD player. His bedroom smelt of wet musk from the cold air the rain kept making but doesn't bother Alistair due to his room already smelling like dirty clothes and body odor, it was though rather chilling inside since heat doen't get into the upstairs bedrooms often. Alistair often looked outside to view the lawn and forest surrounding it, plenty of large puddles are spotted along side with mud around the edges of them, he often enjoyed diving into these large muddy puddles and getting dirty in stuff that felt strangely comforting to him. The woods were always a mystery to explore every now and then, something is always rattling in bushes and trees, mostly small mammals and avians lived around the forest. Nothing really bothers Alistair if there's something around or making noises nearby especially since he's quite quick to flee. It still continued to rain.. rain.. rain.. rain.. and more raining throughout the afternoon and evening...

Was in a mood to do some rain themed work this week.^^
I tried making a soft, "wet" atmosphere and experimenting colouring the wooden tiles but they ended looking too light than what I had thought, I edited this to more the picture more bluish for a btter effect on the weather.