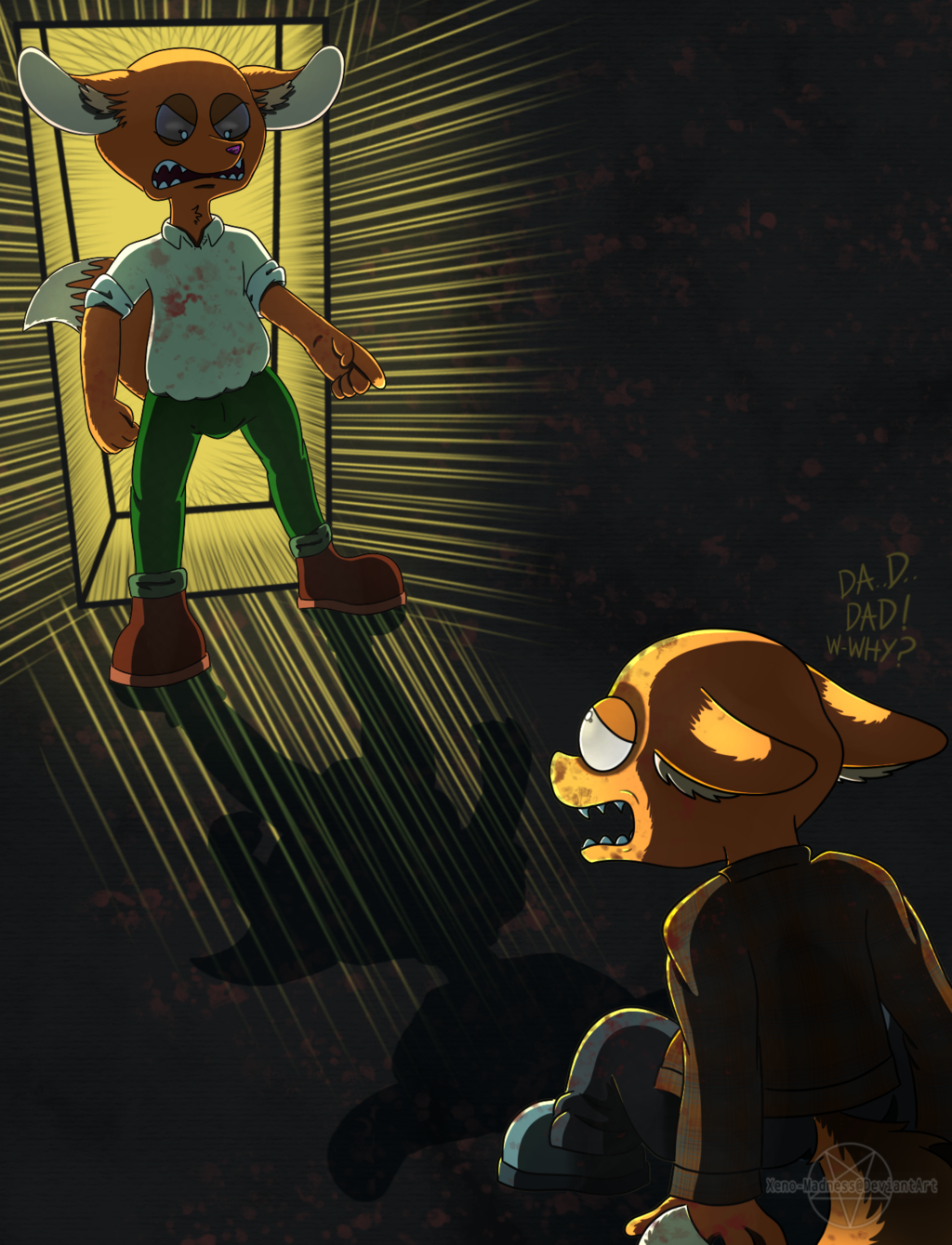 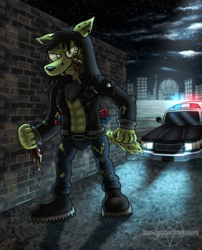 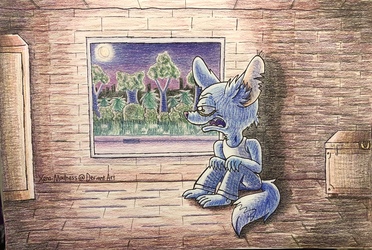 I had this a few months ago when the shading was painted before I had abandon it, now I've gone back and completed it with cell-shading even though the characters are horribly drawn here X(

This is an idea scene for my TBOTC series where, after Bryan had to break up his friendship with Johnny, Jonathan (Johnny's father) becomes aggressive towards him and brutally abuses his own son and beats him with the Holy Bible. Johnny knew of his father's bi-polar and can get terribly bad but never expected him to be attacked. Johnny's father has always been a terribly unstabled, hateful homophobic and extremely religious Christian.

Keep in mind this happened during the early 90's and before, where homosexuality (in Johnny's case being one himself) was illigal and many homos were discriminated against, it's considered a sin the Holy Bible. And Jonathan being an extreme Christian himself would heavily follow the bible religiously, since knowing his son is homo himself Johnny got a lot of shit thrown at him by his father.
(Note: this is not meant to describe all Christians except for the extreme ones shown here, those types absolutely disgust me to my stomach no end)