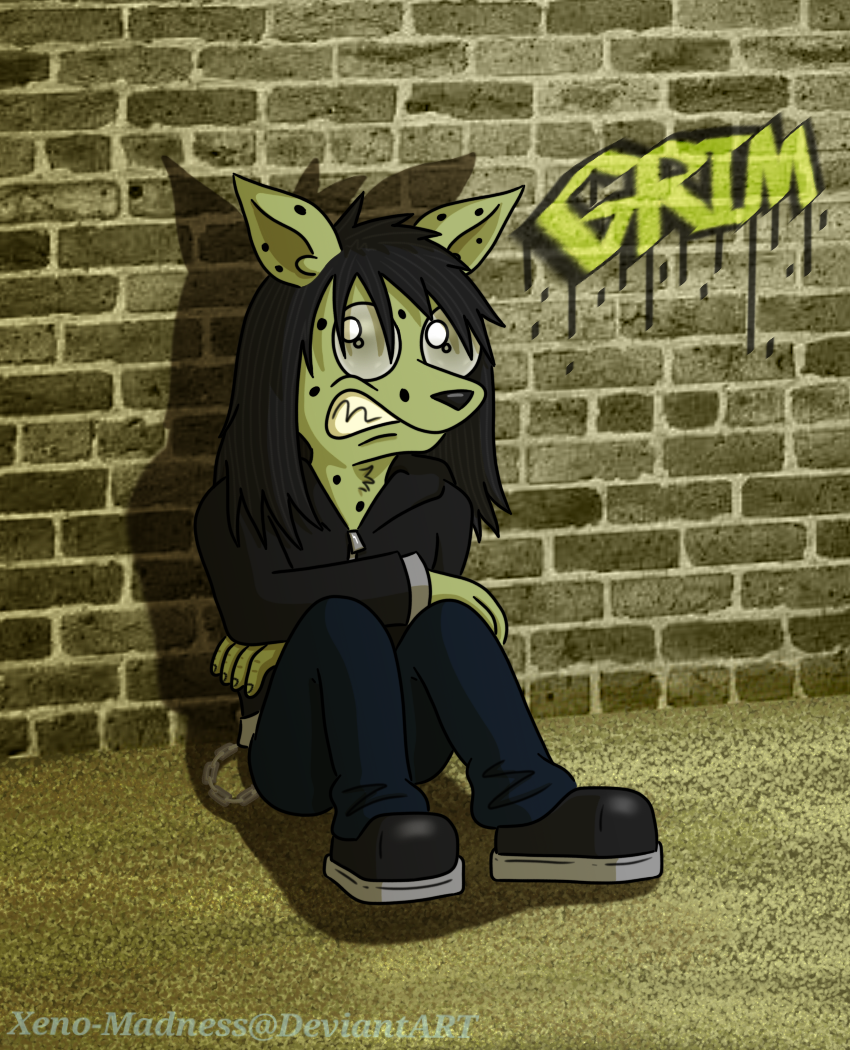 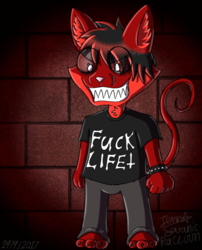 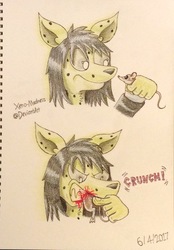 I really like metalhead characters so much that I've decided to make another fucking character to add to my endless road of vharas that keep being introduced. Getting sick of 'em yet? XD

This here is Grim, an unusual looking hyena mixed with another species, Grim's real name is unknown to others but has been given said new name from people who've describe it as a rather grim looking creature when Grim looks directly at someone, this makes civilians unnerved and cautious not to come close into contact with the sick-looking beast. Grim is also said to be homeless.

Grim is rather quiet yet when irritated, goes berserk and violent towards whatever is making it upset. Sometimes ended with death if successful enough.0.0
Despite Grim's long hair and somewhat masculine voice, no one is able to determine what it's sex/gender is, Grim hardly gives anyone an answer; which leads to people just refering to Grim as an "it" for the meantime. Grim happily accepts this and continues to be a douche not giving out its real personal information.

Grim is also suspected to be a necrophillic, they say this because of little info Grim gives out about itself and Grim's past life with its family. They died while Grim was alive (it's unknown as to what had happened to them) and still remembering seeing their dead corpses in the house. They say it was Grim's way of "coping" knowing its family were decaying away but still showed love towards them even after death, some speculate Grim had "literally fucked" one or more of the rotten bodies but no evidence from Grim's past has been spilled out.

Other small facts:
.Grim is a tad taller and thicker around the torso area than Rick, the wolf brother of Luke.
.Is a metalhead but desires the more gruesome type of metal (mainly containing cannibalism, necrophilia, torture. Sounds lovely doesn't it?)
.Sometimes rats and mice make good appetizers out in allies when you put your mind to it! XD
.Grim's age is also unknown but is speculated to be in its 20's somewhere.