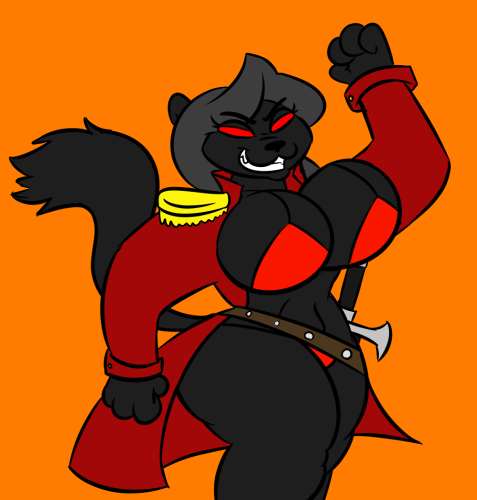 I got this from RushEloc over a day ago and it's a good way to ease you viewers before the release of the 2014 Halloween pic featuring the three big ladies that make up "The Trio".

So. Giant pirate demon lioness from the golden age of pirates wearing something that won't be invented until the 20th century? Who cares! Also who's going to argue that to her?