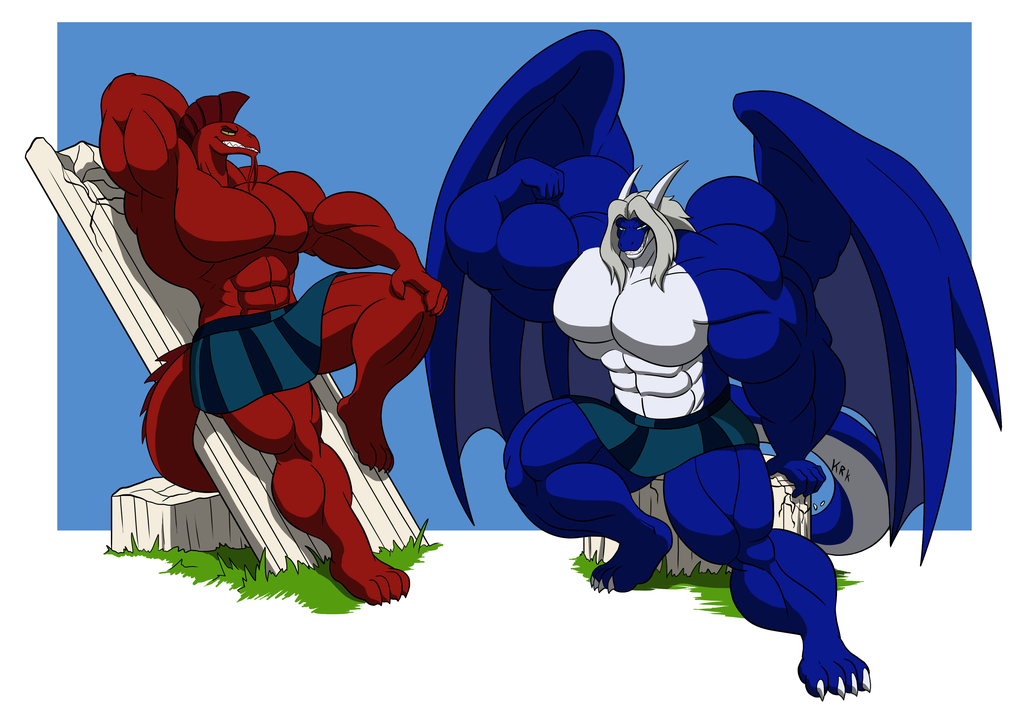 OMFG I (Xendrian) get to pose with the Underworld's hottest beast, Memnon! AHHHHHH!!!!!

To those who don't know, Memnon is a character from only two episodes of Disney's Hercules TV series. Though those appearances were few, I coudln't get enough of him in his hunky cheesy style. But now with the opportunity up when I got a spot from Clock-Face, I finally get a version of him that I feel proud to pose and flex along side with.

So with that, enjoy the great scaly greatness! And in a way it's sort of like fan art.

Memnon by Disney
Art by