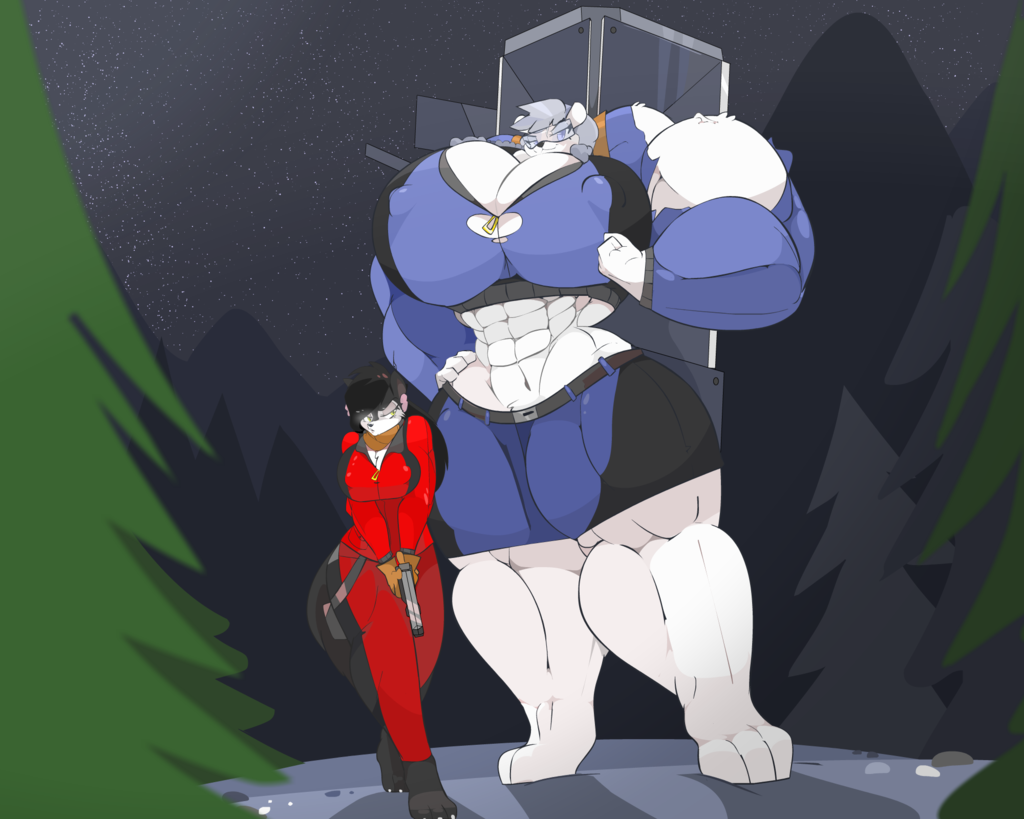 A new but long delayed piece by Commoddity featuring Greymere of the Solterran Guardian Were Corps. and a new ally from the same group. Her name is Ulyana Korsov, a were-bear or Ursan as they call them among Therians. It's far below zero but it doesn't bother her much. The two are togehter but for different purposes Greymere is tracking down a known criminal who has been running a drag line leading up to the frozen north and Ulyana has brought the big gun because she knows that tracking small things always leads to a huge find.

Whatever it is, they are ready. Greymere with just her instincts and sidearm and Ulyana with her brute force and torrent gun that can take out a starship in mid-orbit.