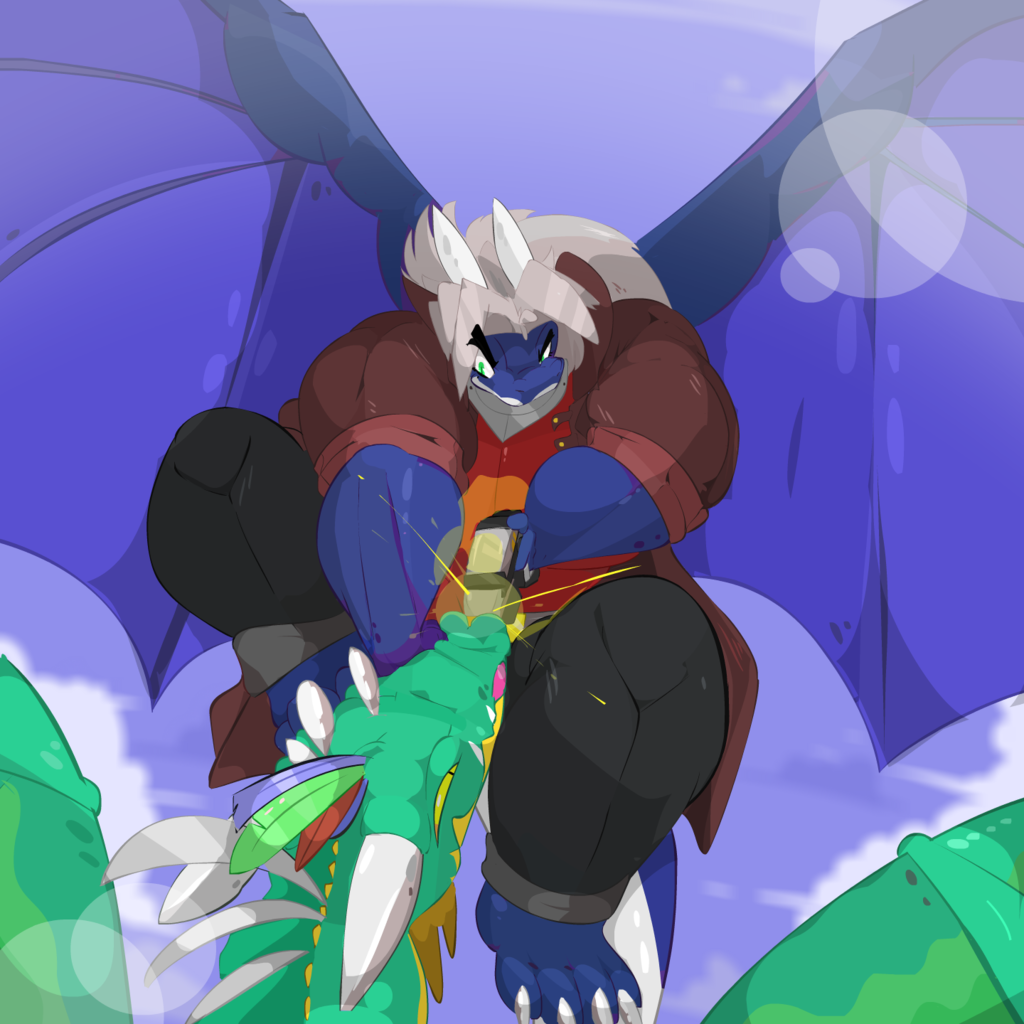 It happens sometimes... It happens when your assignment drops you off mid-air on an alien world you have yet to take hold of. But it pays when you have your own set of wings in a world where modern tech doesn't come around often. It also happens to be time where you make contact with that worlds' native species. For Xendrian, it's thousands of feet off the ground and to be happily be greeted by a giant feral dragon! He just happen to be flying in his skies and doesn't like it.

This would have gone off with an epic battle battle between dragon and weredragon but the thing with a modern dragon like Xen: He has a multi-function gun that put the giant bastard's lights out. It didn't kill the thing but had to carefully lay it down before leaving the rest of way on where he needs to go.

Sure when it wakes up, it will want a second round, but that will be for another day.