A Special Time Together by XennyDiemes 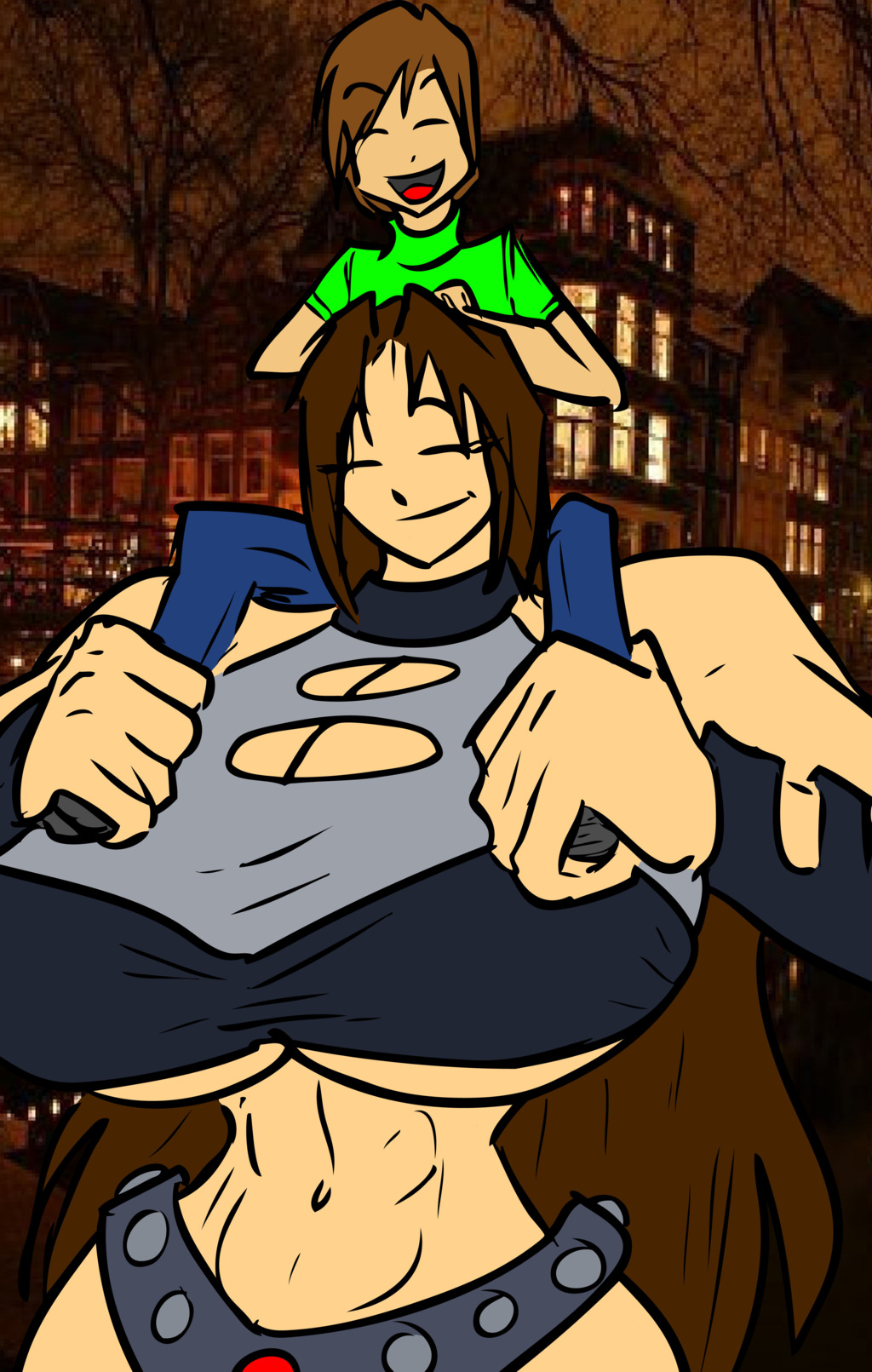 A Special Time Together

If you had read Coat #21 or the 2009-2010 Special "All Tricked Out" then you would know the appearance of this new character in Launa's life. Meet 12-year old Andrew Van Meels son of Angela Van Meels. Now how does he fit into Launa's life well the story goes that on the night Belia cursed Lillian, her parents asks for her to come back from her duties to hear about a special surprise. Then it happened and never would be around to learn about what the surprise was.

It turned out to be the fact that she is about to become a "big" sister. Her name is Angelica Renate Viander over the years Angelica grew up, got married through the dark times and lived happily with kids, those kids grew up and lived on and so on until after over eight-hundred years by just chance and sudden connective magic Launa crossed paths with Angela who has her kid. Sure the events were awkward but Angela has grown to accept that the legendary trickster goddess is their great great GREAT aunt. Angela took it pretty well after several fainting spells. Andrew on the other hand was more keen and open to actually have an aunt even though she's a giant cat.

Now in this picture this would display best of what's to come in the storyline and to see what would it be like if Launa has finally achieved to take the form that was impossible to get because of her curse: Her true self. She still has her powers and immortality the difference is that she's traded the ears, tail and luscious black fur for fair skin. Her Ooau-enhanced body remains the same as it was before with her giant and strong muscles and breasts. Well here she's using it for the first time while visiting her nephew and Andrew couldn't be any happy to hug her.

On this night they decided to walk around the streets of Amsterdam and spend some time at a night festival. While wearing her original clothing. Which makes things awkward for her because wearing the same skimpy, undercleavage-exposing, thong-wearing set of silk, leather and steel on a human isn't the same when she sport it well in her feline form. Especially during the insanely cold nights where having fur would have been good right now. Launa can change back to that at any time which she does because it's what she is now but for now if Andrew doesn't mind wants to enjoy wearing the face she hasn't seen in centuries.