No'nara the Khajiit by Xem 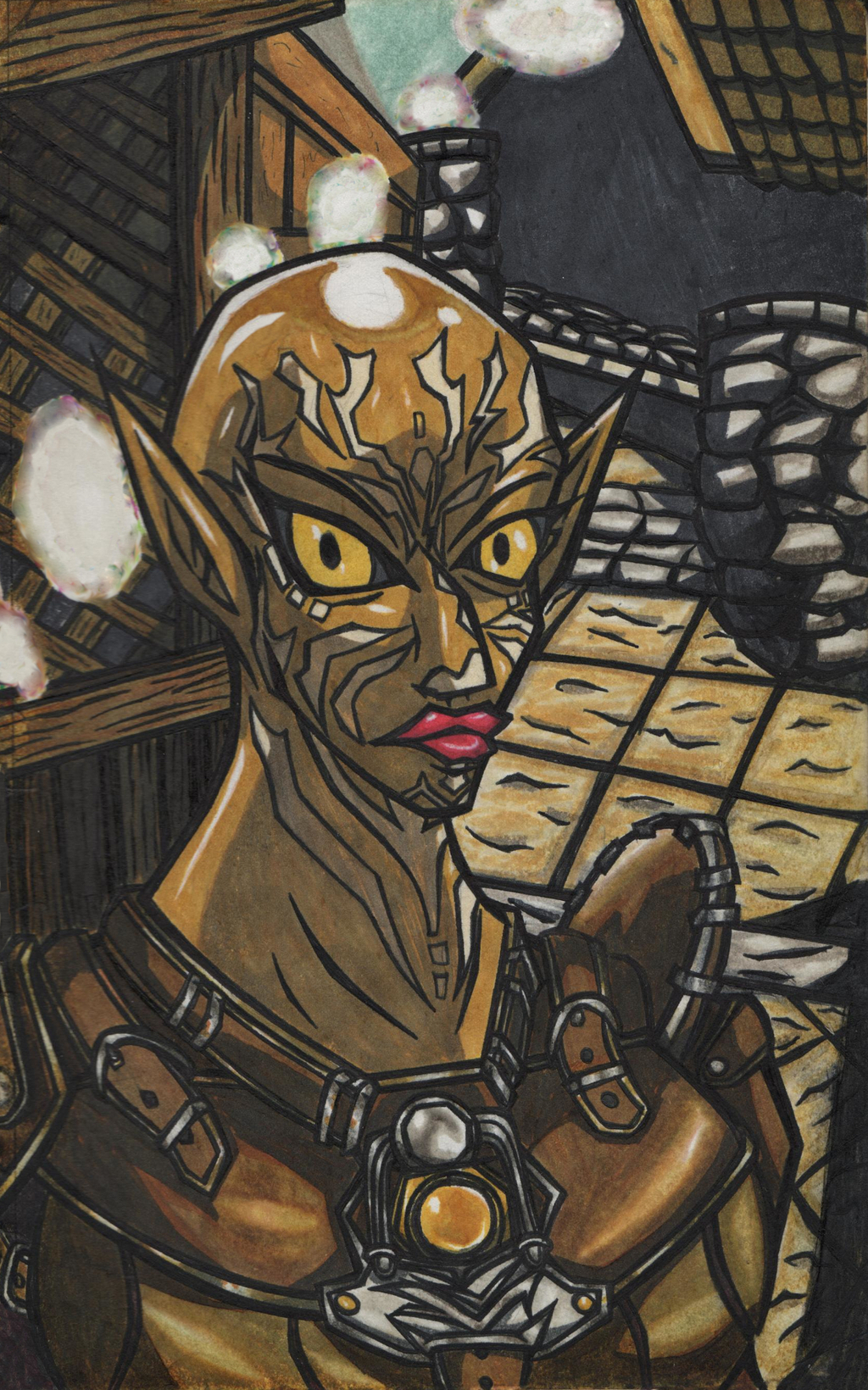 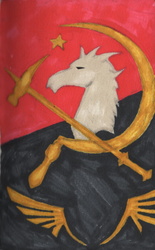 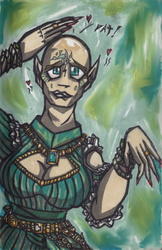 I finally finished this one, I've been having this within the art pipeline for a while, this image of that pretty Ohmes Khajiit woman with the sexy brown skin named No'nara from that one Skyrim mod, I think she's suppose to be a rouge or a thief or something I can't remember. Yes! She's an Ohmes Khajiit which is the type of Khajiit that debut in The Elder Scrolls Arena and can be mistaken for elves, except with this one being more well melanated considering the environmental conditions of Elswyre instead of pasty! I just felt like drawing her, but with no hair, because why the hell not?! ¯_(ツ)_/¯ After-all she is still a Khajiit, they do have this tradition where they would shave off their own manes to pay respect to the Mane, through which the Mane would braid their own hair with the shaved off manes of other Khajiit, hair extensions style and then proceed to look more like Cousin Itt from the Addams family! XD

I mean Ohmes Khajiit probably would participate in this tradition as well, it would not at all be too surprising if every, or at least most, or some Ohmes Khajiit woman, or "femoids" have shaved their heads at least once in their lifetime because of this cultural practice, and very likely didn't gave two shits afterwards, especially the Elswyre native ones. Though this depiction of No'nara appeared to have did it all the way where she's baby smooth and completely bare with not a single filament intact, it's just all bare skin, instead of settling for that five'o'clock shadow stubble sh*t in vanilla Skyrim whenever you try to make a bald character with the default character creation options. I hate that, I don't like having to install mods to fix that peeve, and yes I like to play a completely bald headed femoid(ideally ones who's head actually shines) character who doesn't keep her stubble >.<!

I mean if you're going to go bald, you might as well do it right and go baby smooth all the way, at least once, remember to moisturize that dome to! Which I imagine was what this version of No'nara was probably thinking, and then decided to go through with it when participating in that Khajiit tradition, and now she looks very fire! Especially with that leather armour, and those tattoos the Ohmes normally wear, makes her look like a more badass looking femoid rouge or thief character in my opinion(or whatever she was in the mod), even though I would personally prefer her in a Gambeson instead of the default Skyrim leather armour(which was a pain in the rear to draw btw), which also would be easier to draw, and look much fancier.

In fact I wish you could make a usable Gambeson in vanilla Skyrim instead of requiring mods for that, considering how abundant linen is in the game, and that if Gambeson's were in the game, that hopefully bethesda wouldn't make the same mistake D&D made regarding the effectiveness of Gambesons, and that's to erroneously assume that it would be less effect than leather because it's made of textile fabric or cloth, even though the exact opposite is true especially for very well made Gambeson, or at the very least should have a similar level of effectiveness to leather, despite again, Gambesons otherwise being made of textile material, albeit multiple layers of said fabric with normally felt based, or some type of scrap fabric padding quilted together. I mean it'll be a much quiker way to fashion a much better quality "lite" armour without having to gather leather first for armour crafting tbh. I mean bald No'nara in a Gambeson would be even more fire than the leather armoured version and more colourful to! :heart:

This is also my first fully coloured drawing to actually have a properly detailed complex background instead of just random amorphous shapes and colours, I finally did something that is otherwise not my forte, only to successfully pull it off, and hopefully I can do so another time!
The colour in the picture, even though there's a lot of different shades of brown in this like the actual game, still appear far more vibrant, saturated and lively than the actual game itself, even the leather armour No'nara is wearing has more vibrant colouration in this picture than it does in the actual game for as brown as it maybe, there's just a lot less grey. I feel like the colours in Skyrim are mostly dulled and washed-out colour's with the life sucked out of them generally just for the sake of being gritty even though that does absolutely nothing to enhance the "realism" or "immersion" at all. Realistic medieval and historical environments would have looked far more colourful, vibrant and lively than a lot of pop culture fantasy depictions of similar environments even compared to today's environments, and not like any of that greyed down gritty SH*T!

Other than that, I do absolutely plan on drawing her again one day, still with a clean shaven bald head, but I am going to make some updates, starting with reducing the neck, which I accidentally made too long, plus I am going to make her ears more pointed upright like that of a Vulkan from the Star Trek series, make the nose a little more prominent, and probably widen her jawline and dental arches to give her much sharper facial features(maybe adjust the bald head shine a bit to) . And Oh yeah, I do plan on drawing her wearing a Gambeson instead of leather armour next time, along with her cosplaying as Jarlaxl from D&D, still rocking the cueball look in that one of course, and then maybe come out with a short haired version wearing modern clothes. Stay tuned for all of those future submissions featuring this pretty brown skin Ohmes Khajiit woman folks! ;)

Oh yeah, and she could probably very easily blind a dragon with that impressively shiny dome she is depicted with in this picture now that I think about it! XD