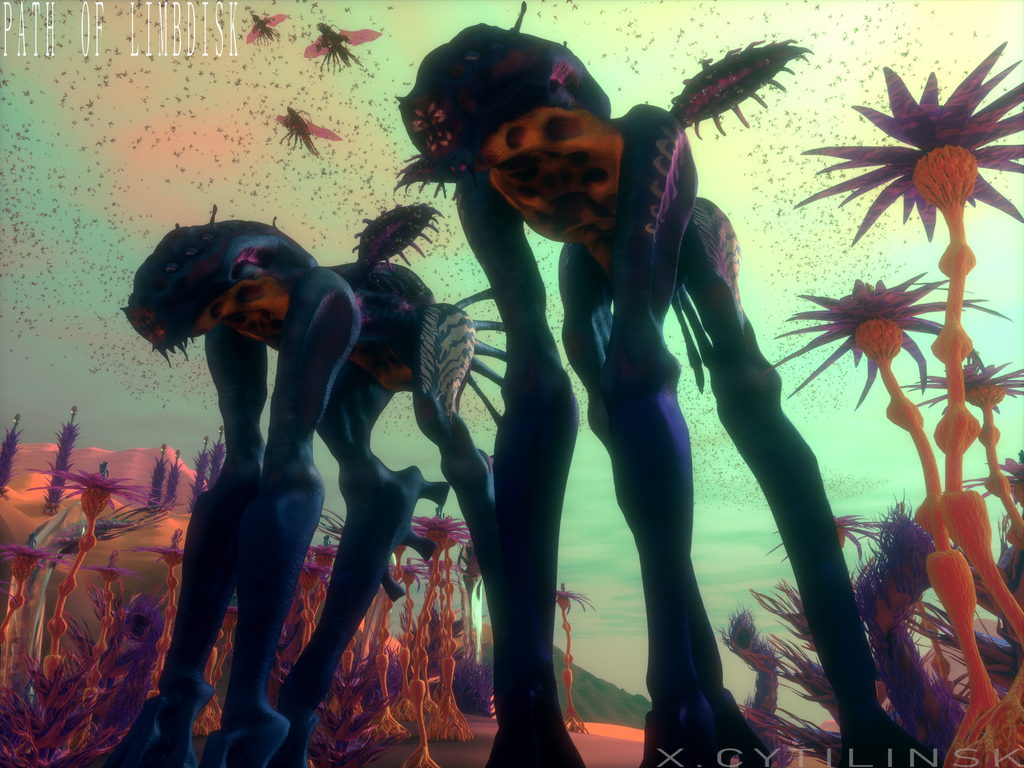 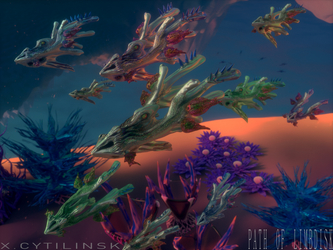 The Ordnantodon is the largest land animal currently to live upon Lejendairida. They are immensely tall quadrupedal organisms with an ancestral link to the much smaller Gante’Stekips. They slowly migrate in a cyclic pattern to follow the large swarms of airborne insects on which they feed. A pair of basket shaped extensions on their sides function as mouths, swooping through the air and capturing enormous amounts of insects with an adhesive enzyme. Their frontal mouth has long since lost its function.

The Ordnantodons travel in pairs and occasionally in larger groups made up of pairs. They demonstrate complex social behaviors and excellent memory, often returning to the sites of Lejendairidan cities such as Tha-Garr where they know they will be given free baths by the wildlife outposts there. Whenever Ordnantodons travel they are often followed by numerous smaller creatures who subsist upon subsurface algae colonies which are exposed by the Ordantodons' tremendously heavy footsteps.