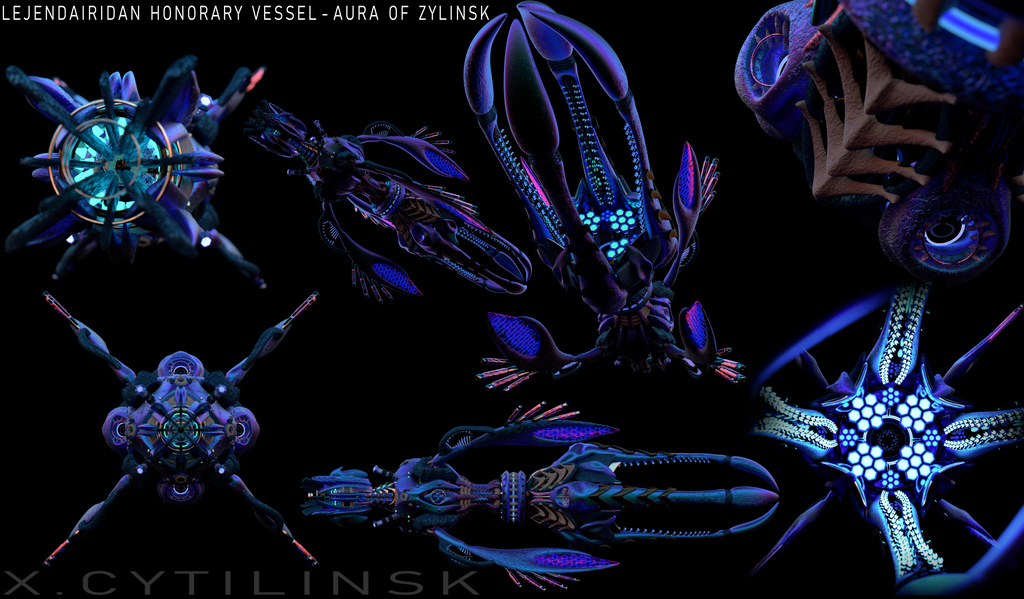 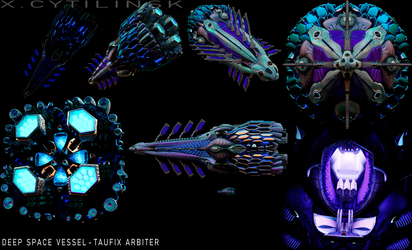 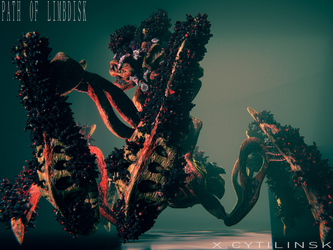 The Aura of Zylinsk is one of a class of large fleet-leading vessels constructed near the end of the First Galactic Conflict with the Kerihekteki (some 260 years ago). Such vessels are ideal for a variety of potential combat situations and are equipped with their own powerful and highly expensive Exotic Matter Tribunals for crossing extreme galactic distances while in fleet formation.

The Aura of Zylinsk is quite sizable for a Lejendairidan spacecraft (They rarely construct vehicles larger than roughly one kilometer in length). It contains numerous armories, medical bays, and other equipment to be utilized in combat situations. Through out its centuries of service the vessel has received many modifications and improvements to keep its design fit and up to date. The hybrid Lejendairidan Alphon Hyxo would once again find himself at the helm of the Aura in "Path of Limbdisk". The craft's name is a reference to the fabled Zylinsk, a deity from ancient Lejendairidan mythology with the power to cease wars and imprint vast knowledge.

Modeled and rendered with Blender, image editing with GIMP