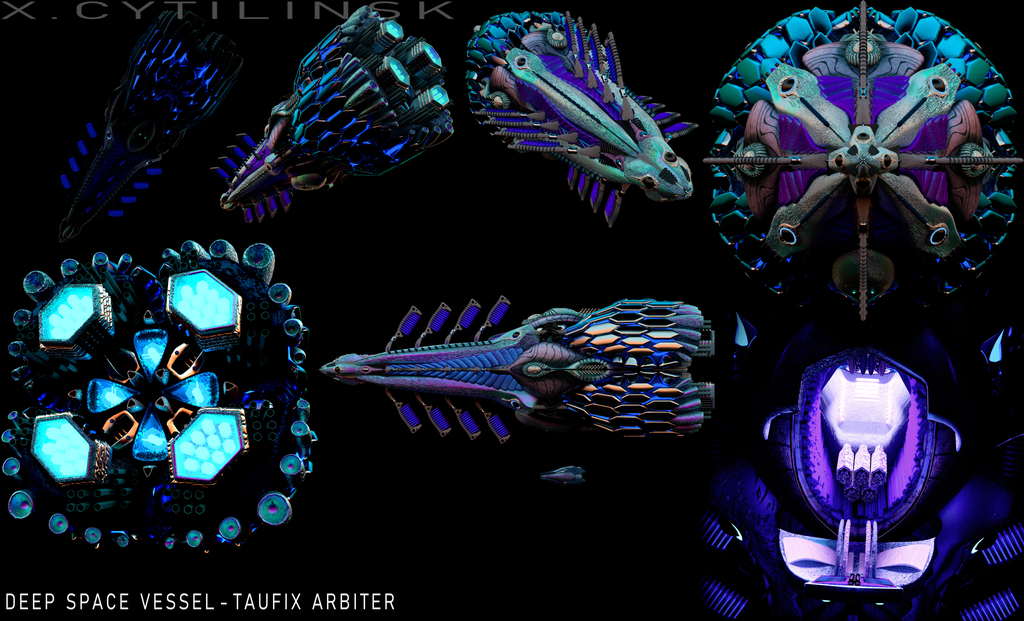 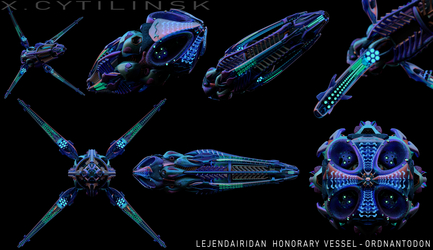 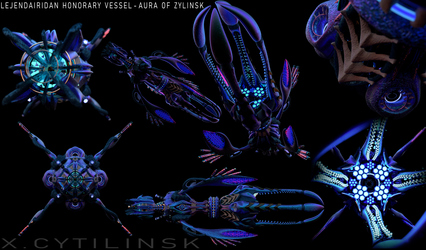 Render tests for a surveyor from Lejendairida:

The Taufix Arbiter is a Lejendairidan surveyor-craft optimized for operation by a small crew. Many thousands of similar surveyors patrol the vast volume of space frequented by the Ueptael and the Lejendairidans, acting as interstellar security agents and emergency response units. Sectus Ven Talon was nominated to command this surveyor following her enrollment in the patrol division of the Allied Species after many years of service to the Lejendairida Special Forces. Joining her were operators and technicians Ertirus Zelt Wingato and Taeltes Eit Zectaur.

The Taufix Arbiter is, like many surveyor units, optimized for year-long patrol routines in deep space. It can go for years without refueling and can be maintained with relative ease by its small crew. While not heavily armed the vessel is equipped with a low yield Guided Plasma Element and a set of EMP emitters should a situation arise. The craft's name refers to the planet Taufix, the largest planet in the Lejendairidan home-system.

Modeled and rendered with Blender, image editing with GIMP