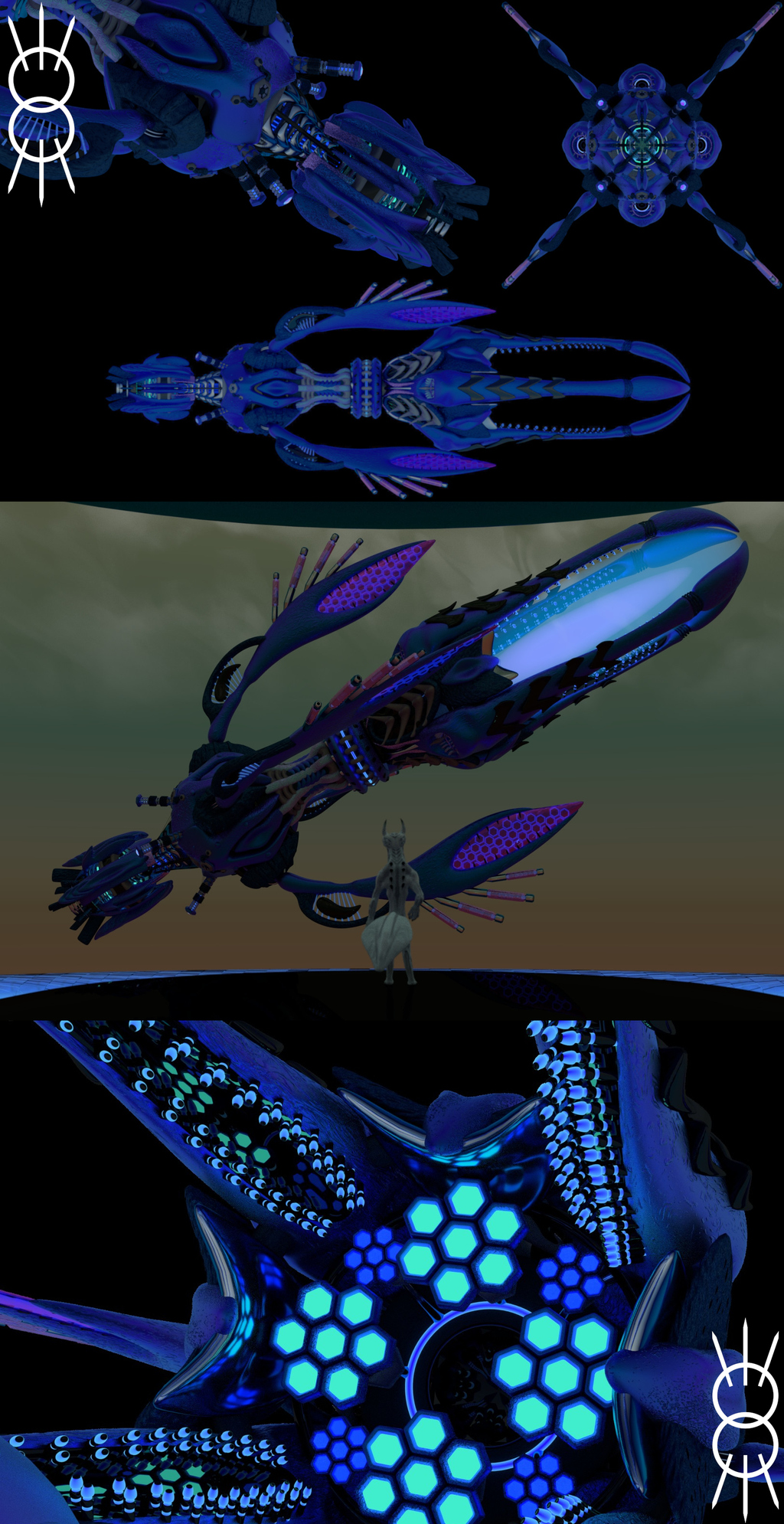 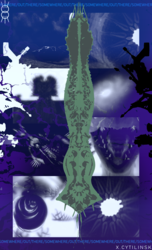 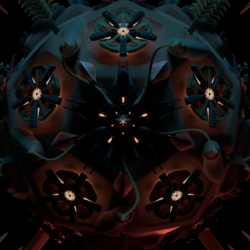 The Aura of Zylinsk is a Lejendairidan spacecraft constructed as one of a type of leader-craft to support the Allied Species' fleet. Over the course of its service is has received additional armor, enhanced defensive and medical systems, and a new class of distributed intelligence network to further advance its capabilities in space.

Early in the events of "Path of Limbdisk" the craft is assigned to Alphon Hyxo to lead his fleet on a deep space mission. The other vessels within this fleet include DSV Tere'stekips, DSV Korrdakid, and TSAV Gante'stekips.

I'm not sure how but this particular spacecraft has taken a year plus three months to be completed! The problem was, every time I tried to put it together I wasn't quite happy with the result and there were always important elements missing from the over-all design. So I ended up rebuilding it entirely about three times. But THIS time I think it's reached the point where the vision in my head was captured. This will allow me to solidify the designs for the other Lejendairidan spacecraft (Talon's vessel, the fleet craft, the diplomatic spacecraft) and get moving on with the project!