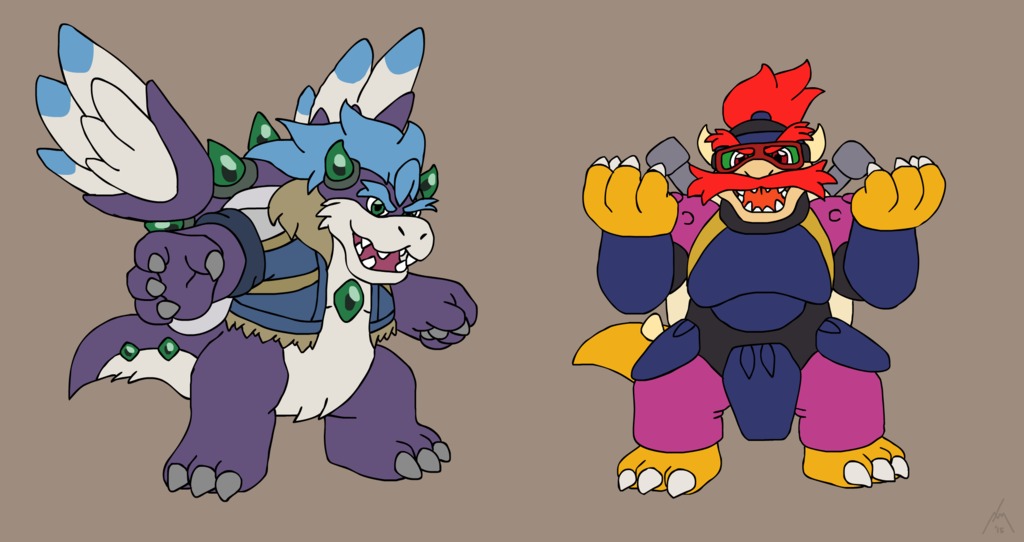 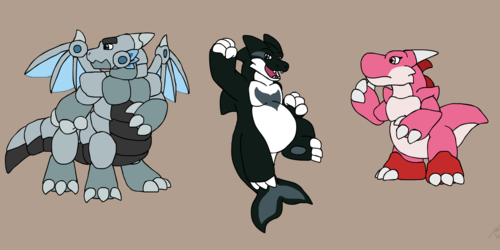 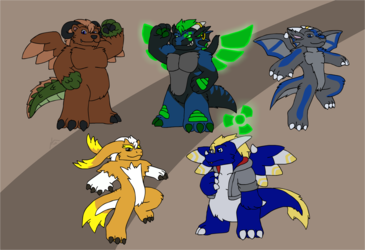 I know it isn't special koopa day where everyone goes nuts and draws the big lug, but I wanted to draw some koopas damnit! I had some lingering ideas I've been wanting to try out, so I did them both during last stream.

First, I kinda wonder what I would look like as a Koopa, but then I expanded on that and made myself a ParaKoopa...or at least a King Class ParaKoopa. I think this idea has existed before, but I never really seen it, so yeah, I took a shot at it, heh.

For while I wonder what Bowser would look like as Gami Game Maou from Popolocrois. Especially since they're so similar. They both have kingdoms [though GGMaou has robot citizens] they both crush hard on a girl that's already in love with someone else, and is obsessed with taking over the Prince/Princess's Kingdom. But they won't shy away from partnering up with their nemesis if it means to save their own kingdom and such.

Plus, just listen to this and just imagine Bowser singing it https://www.youtube.com/watch?v=5Vx4b7Byh-E honestly it's the most FUN and AWESOME thing I've ever thought in my head!

I plan on to expand on this in the near future. But for now, have a Bowser dressed up as Gami Gami Maou!

Oh yeah, and me as a Parakoopa, heh.

Artist's Note: I completely forgot to give Bowser that needed mustache that GamiGamiMaou has, it's fabulouz!