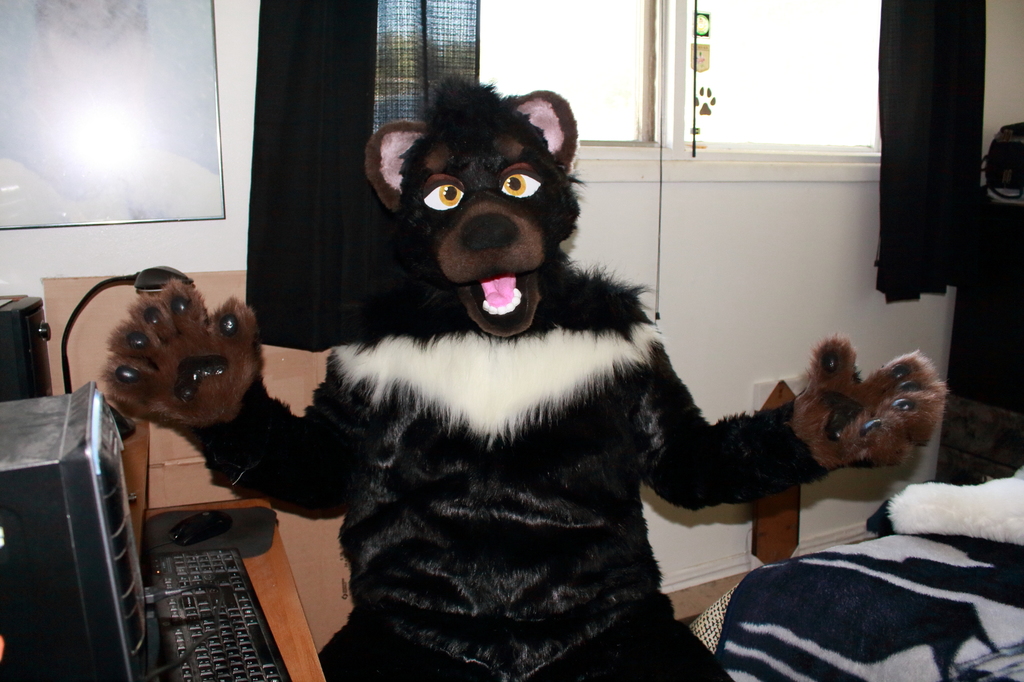 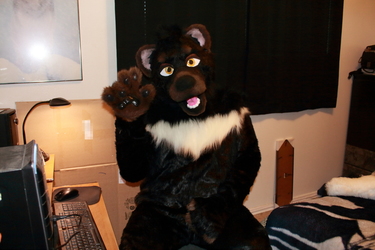 My fursuit arrived yesterday morning, and I was so excited to put it on I didn't even make an unboxing video, so instead I set up my tripod and taken some pictures using my SLR camera. Originally the pictures were really dark, and with this suit's fur, made for some poor contrast so I had to up the brightness a lot.

I'll try and get some better pictures later on, but this is what I have for now.

Xander has been made by the awesome