The Doctor's Orders - Comic Cover by World of Avania 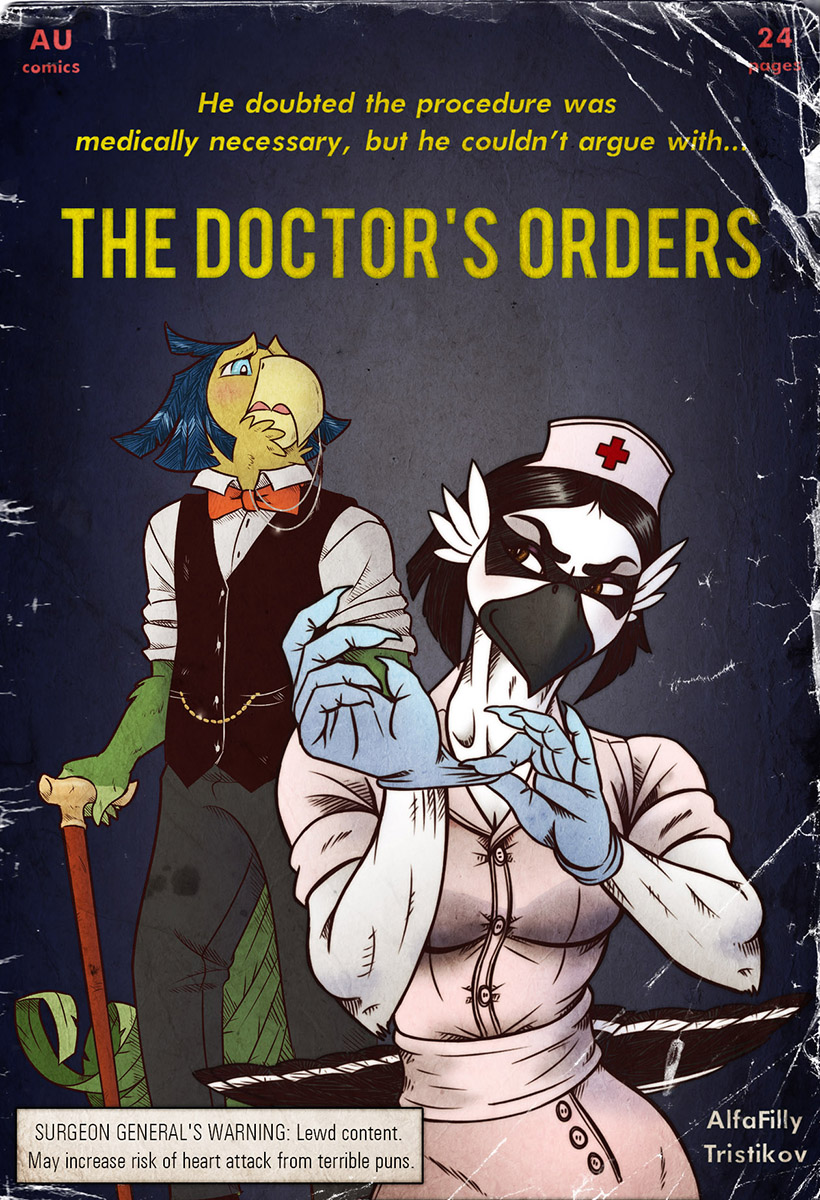 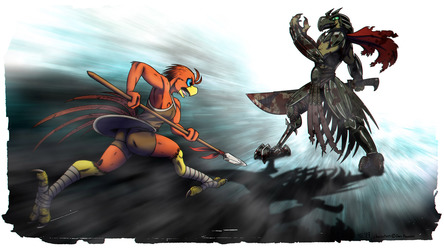 This is the lurid cover for a trashy tale told by AlfaFilly: and myself, chronicling an ill-fated routine checkup and highly questionable medical ethics, in an AU of an AU… Starring the ailing, villainous genius Arpeggio (From Sly 2, as re-imagined by Filly) and fiendish femme fatale Viktoria (An OC from my Avania comic) plus a few cameos, mostly from Filly’s Birds of a Feather fanfic canon.

The Doctor’s Orders started as a single sketch, but like a rapidly-rising fever, things quickly became inflamed as Filly and I alternated making follow-up sketches. Stay tuned to AlfaFilly and Tristikov on FurAffinity, or follow along on tumblr, because we will be posting a constant drip from each of our accounts and linking to the previous/next one when they go up (new pages should be read once-daily until the sickness comic runs its course.)

Arpeggio drawn by Filly, cover design and Viktoria by me.
Creased paper stock texture by enginemonkey.