Thoth, Maintainer of the Universe by Wooper 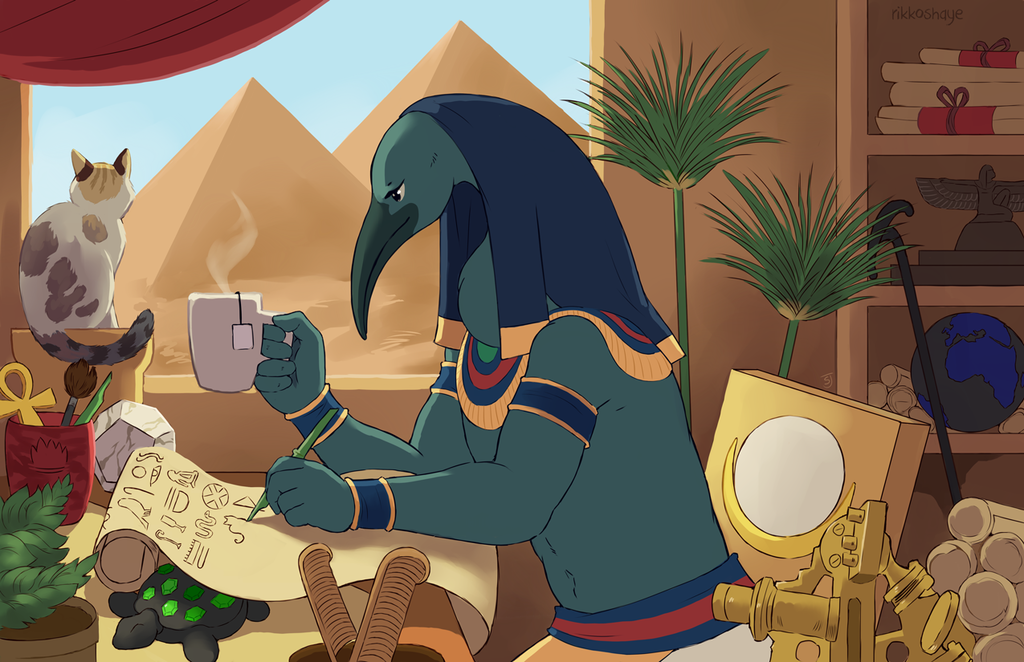 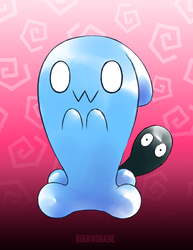 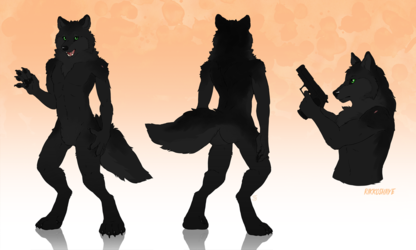 Thoth, Maintainer of the Universe

And now the second in my Egyptian slice of life series, this time featuring Thoth. There's quite a bit that went into this image and I'm excited to share. So prepare yourself for the forthcoming word vomit, or skip, that's fine too xD

So first, inspirations, of which there a few major ones. One of the biggest was the overall visual style, which was definitely inspired by ghibli. I was in the mood to draw and color in that method, so I thought why not, this is my personal art time heh. Secondly I was inspired by those lo-fi music streams you can find on youtube, where they have a short looping animation of (usually) a girl, doing some homework or studying for a test. I really wanted a scene that invoked that feeling of someone sitting in thier own personal space, thinking, and being at peace with themselves as they worked.

Thoth was the ruler of a lot of things, but one of the major ones was the development of science and the system of writing. So, it made sense to me that this image would be involved with those things. And, conveniently, one of my friends is also very interested in science and studying things, so I decided he'd be my inspiration for drawing this character. The turtle, tea cup, marble dodecahedron, and even the kitty were all inspired by things he likes or owns, and it was so much fun that I think I will include other friends of mine as inspirations for later entries in this series.

Other objects of note - the sexton and modern globe were most certainly not around during egyptian times, but that wasn't going to stop me from including them xD And the symbol on his chair is a depiction of a moon that he's often drawn with. The plants in the back are papyrus, and the odd comb looking things in the foreground are stylized feathers - a symbol that represented his wife, Ma'at in ancient egyptian literature. Ma'at was the god of truth, balance, and morality, which I feel like is an awesome fit with Thoth. I'd love to do a stylized pic of the two of them one day.

So finally, things to change... because I don't consider this pic done yet of course heh. I know it's going to be a big undertaking, but I want to recolor it to be lineless like the previous Anubis picture eventually. I just feel like it's a better style for these prints, and then they'll all be cohesive with one another. Thankfully the lighting is already figured out so, it'll just be a rendering job now whenever I get around to it xD

And yeah, that's about it! I hope you enjoyed all that, I got really into it when I was making it. If you want to see more in this series, check out my Anubis submission here:
http://www.furaffinity.net/view/31334559/

Like my work and want to see more? Check out my patreon! Supporters of any level get to see all my posts, and people who pledge $7 or more get a personalized merch box mailed to them every December: https://www.patreon.com/Wooperworks