Most recent: DragonCat and Split Paw - Enjoying the Sunset - By Sidian 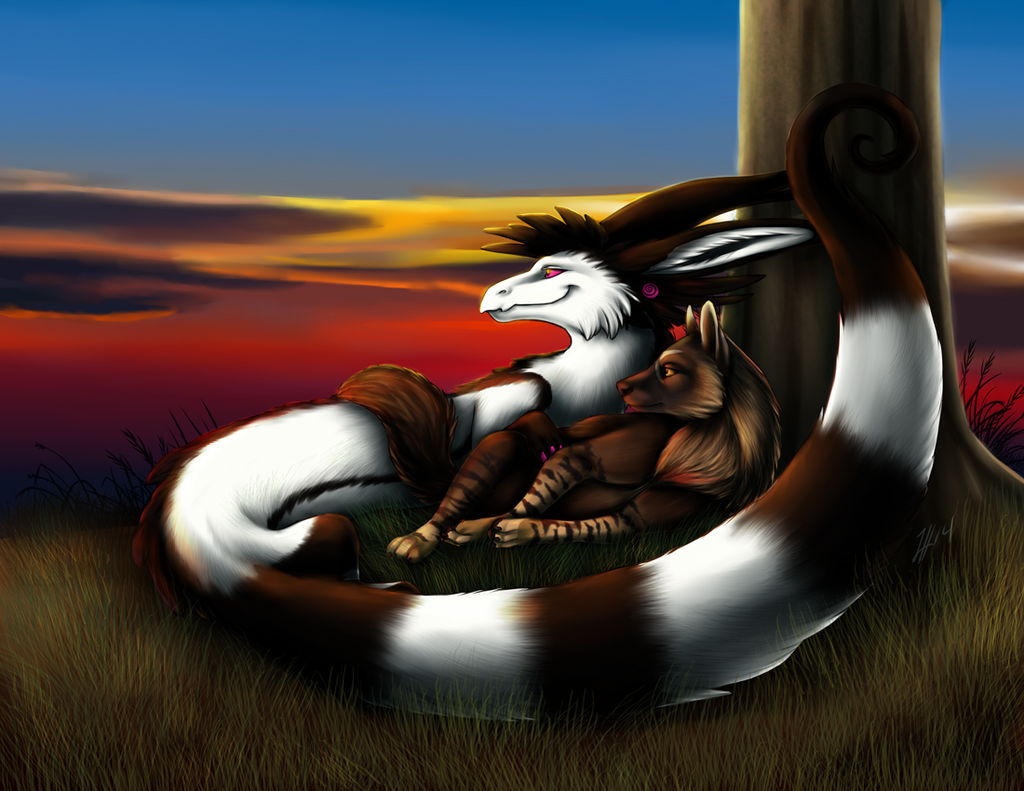 So finally got WW repaired.

Back at the first year of BLFC, I had one of the only negative experiences I've ever had fursuiting, and it was with a full group of suiters, in a designated venue, with a non-suited fur along as well as a sort of handler/escort.

Specifically, there was an MMA event, and a group of MMA fans were leaving the bowling alley when I was going in in WolfWings, w/

in Split Paw. One of them decided to play 'tail tugger' and grabbed Split Paw's tail briefly, then grabbed WW's tail. I stopped stone cold, so they grabbed WW's tail with both hands and LIFTED me up by my tail. All 235lbs of me. Needless to say, WolfWings took some damage from this encounter, damaged jaw hinge point, and the tail baseplate.

was kind enough to agree to repair him, so I mailed the tail/head his way and he worked his magic. WW's head is a resin beakform over a mesh-panel structure, so it's a very unusual structure and not one even most fursuit makers are familiar with or have seen before.

Well it only took him a couple days, but he redid the construction on the baseplate of the tail entirely, including reinforcing it (so it's actually stronger now than before the incident) and replacing the torn section of mesh panel with a stronger piece on the head. Turnaround was very fast, and he kept in touch throughout the process, which was also nice.

Sadly I lack a camera to take photos of the repairs, and they're not exactly photogenic as they don't look like repairs (which is how any repair SHOULD look as much as possible) but designed-in pieces. So I'll vouch, if ya' need repairs done even on esoteric types of fursuits, `Minty knows how since he's owned so many types of fursuits over the years. :)

View This Journal and 16 Comments