Technology T. Tiberius the Third (or Tech for short) is a childish young wolf who is also the softest (and quite likely only) wolf made entirely of fluff. As a result he weighs less than 20 pounds and is very similar in nature to that of a living plush wolf.

Although "grown up,” chronologically Tech is only four years old. Tech, however, is a very fast learner and in his short time has already become quite adept at technology. His skill, despite his young age, arises from the fact he is an embodiment of the imagination of a “higher plan” creature—a fact to which both Tech and his creator are unaware. His "imaginary" state of existence gives a rather unique ability—the power to enter a thought-like state. Unfortunately, while existing as a thought, Tech is at the mercy of whoever’s imagination he has embodied. Tech very much enjoys using his power to enter and explore the dreams of his friends. The wolf tries very hard to be both kind and caring. His goals in life are mostly focused on helping those near to him, as well as living on a generally kind soul.

Tech’s personality is that of a small, kind, and caring child. It is not out-of-the-ordinary for the wolf to empathize strongly with others, and be seen attempting to help them in any way he can. Further, he is easy going, and only rarely becomes angry or annoyed. Tech enjoys trying everything at least once and often finds that he is good at most things he tries. He does not mind taking a lot of abuse from others (especially that of a toony-nature)—sometimes even laughing about it afterwards as if it were fun!

While good natured, the wolf also has a soft heart and cries easily if insulted or teased. Further, he is very gullible and rarely is able to tell if someone is being sarcastic or joking. It would also be advisable to avoid any situation where one might encounter a situation in which Tech tries to sing. This little wolf could not hold a note if his poor life depended upon it.

As a side-note, one might find that Tech as an unusual allure to frisbees. Perhaps even more odd is the fact that Tech smells strongly of marshmallows…

Most recent: The Many Forms of Tech the fluffwolf 2016 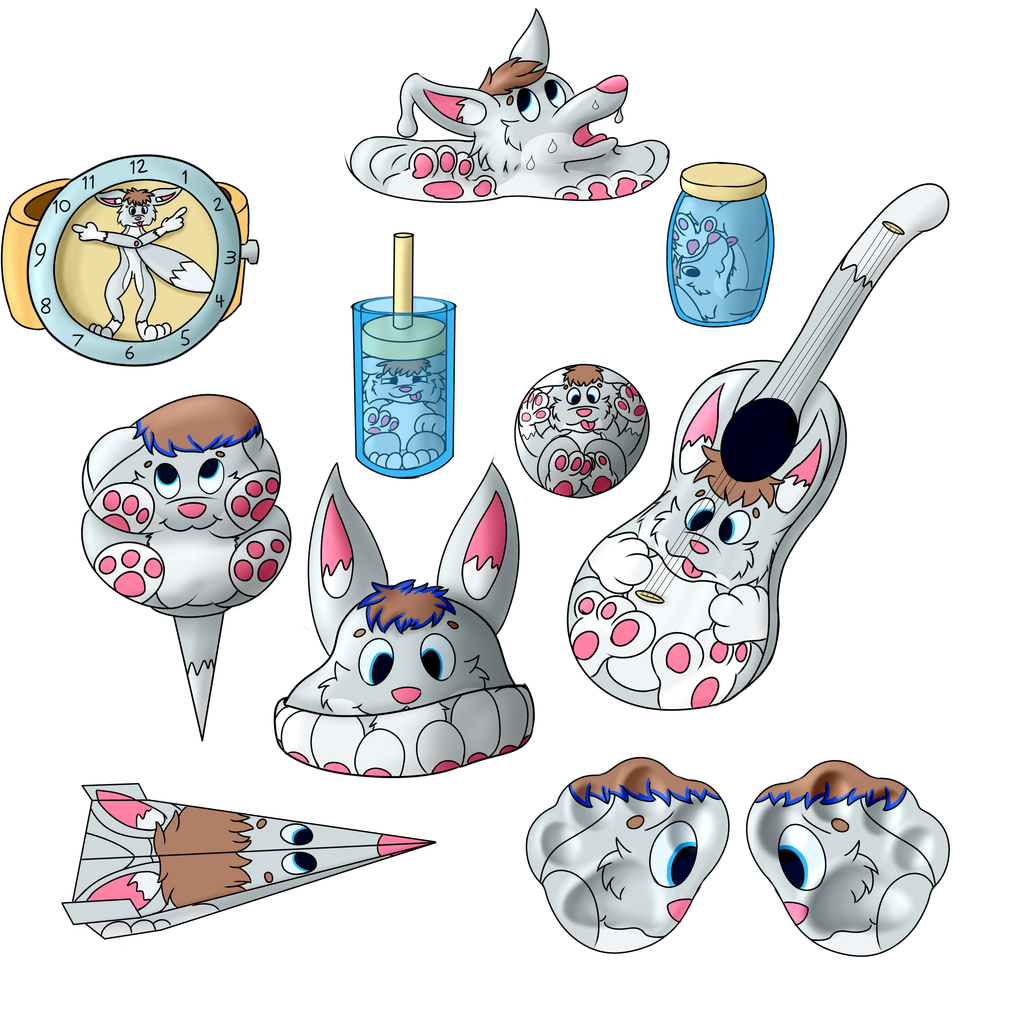