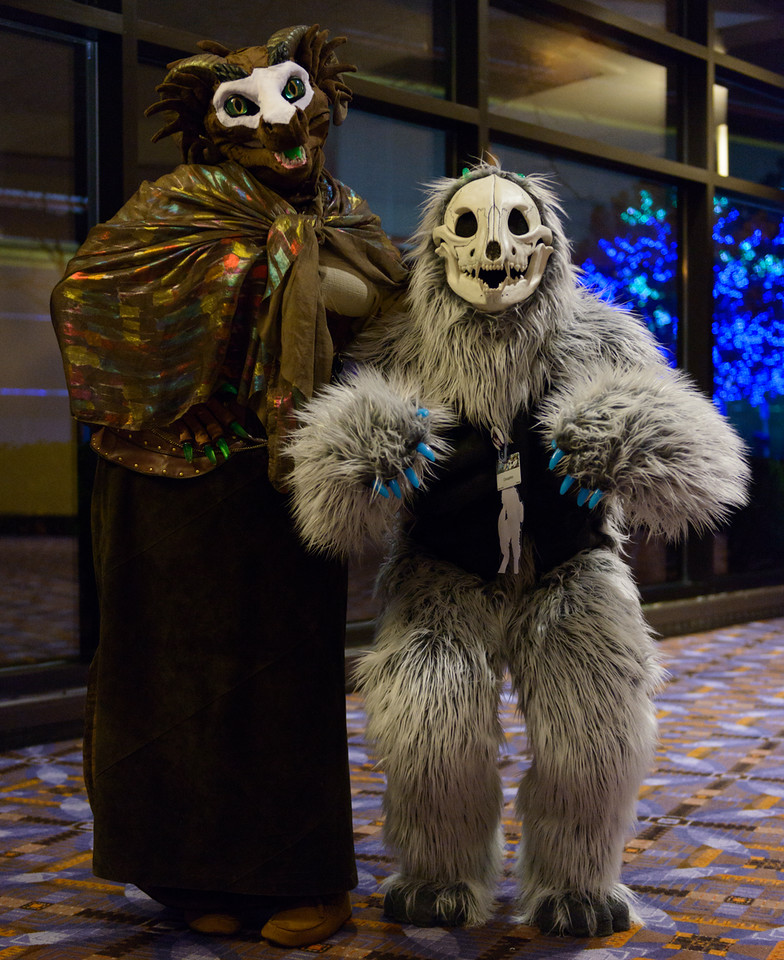 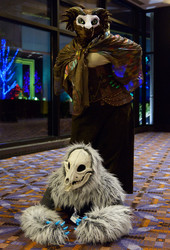 No better pet for a dragon sorceress than a re-animated corpse puppet! :D

Two suits I finished barely in time for MFF this year! The dragoness is Kiruka, and she is mine, and her puppet is Grym, and belongs to crisosphinx Kiruka is a design based off of an adoptable I purchased and fell in love with enough to make into a suit. ;3; This has only happened twice, the second suit is still to come! Kiruka is still a WIP, as I have a few things I rushed on for her (like attaching her hood in the car on the way to the con) and she needs a little airbrushing. Grym on the other hand, has a few revamps as after his debut we felt he needed a few more details. :)

It was fun running around in these guys and I look forward to taking them both around more!

Photo was taken by the wonderful

Suits and characters belong to