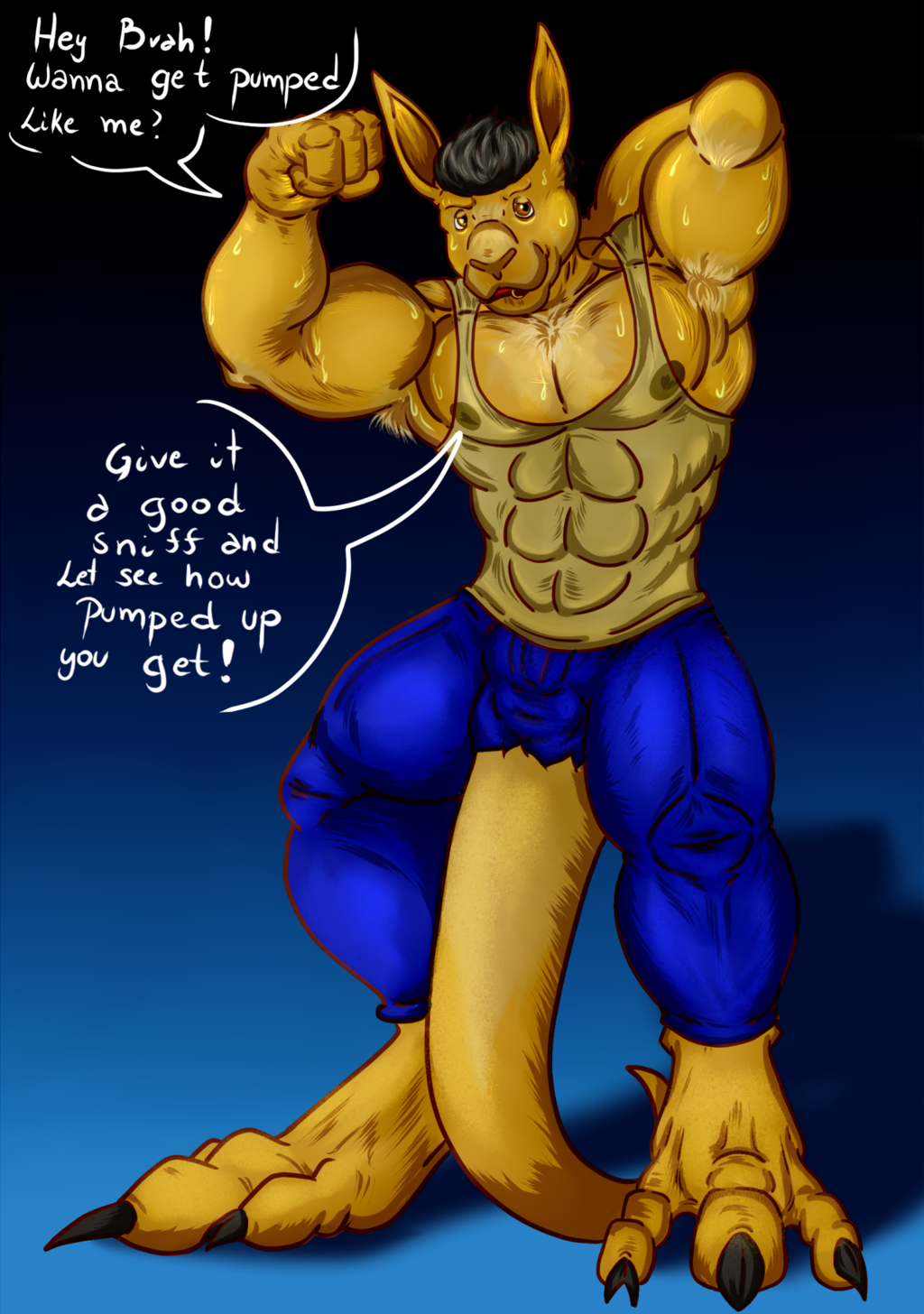 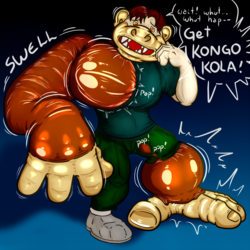 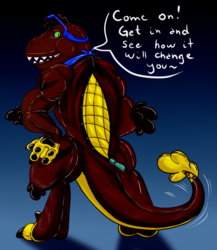 The first potion caused his body to became one of a Kangoroo and deal with a lot of fever, had to take him to his room and take a good care of him for a couple of days as he recover, he was surprised with his new body obviously, thought i wasn't sure what he liked more, the tail, the large feets or the new fuzzy body.

The Second potion was a mix of different ingredients but one of them prevail, his body started to became more muscular, his arms started to grow and becames tickier, as well his legs and tail. Thought there was a problem related to it, he wasn't used at all with the change, wich take him a lot of time to get used for this.

The third mix of potions help him to change menthally, making him became a full Jock in mind, his speech changed to became more representative of a typical "brother" speech and his focus swamped to only doing exercises as well ask me if i ever lift.

Thr... The fourth potion, brah. Was amazing, dude. It make him produce this wicked Arome that make me feel like, i pretty wanna go ripped brah. Hi smelled like, so good and i wanna get like him! I got lift some brah and now i'm noticing my feet are getting large as him, brah. It's amazing, We are going to the gym together, i'm felling my tail getting large brah. I really want to pump and smell like my brah!

brah do ever kangoroo lift muscle musk transformation you