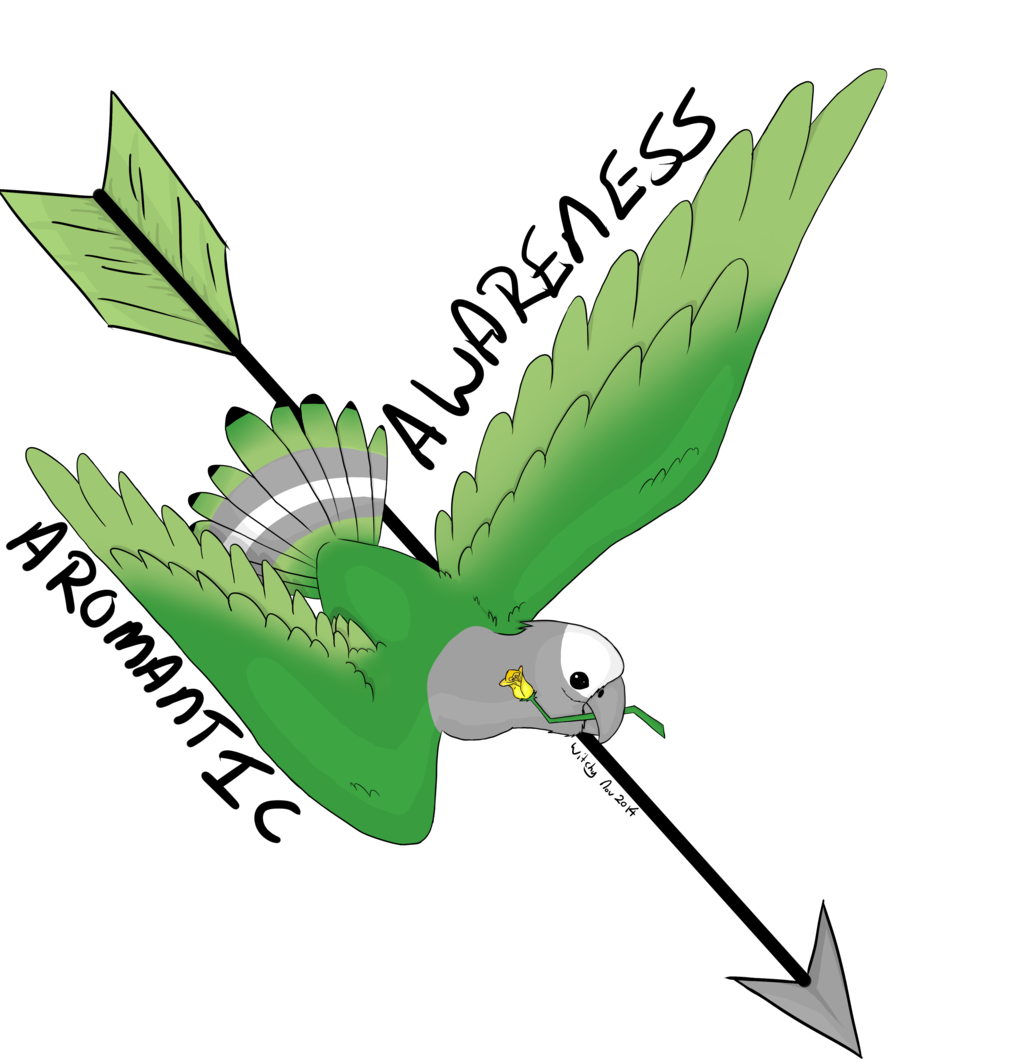 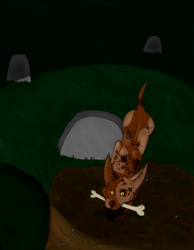 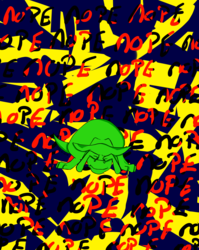 Aromantics are people who do not experience romantic attraction, similar to the way that Asexuals don’t experience sexual attraction. Many Aromantics will instead form platonic partnerships, or in other words, get “friend married.” Just like other groups of people Aromantics come in all shapes and sizes, from wanting close platonic partnerships, to being fine simply having many close friends, and from being allosexual (sexually attracted to others) in all its variations, all the way to asexual. While it’s true that there are a large portion of Aromantics that are also Asexual, not all are, and it’s perfectly fine for these people to engage in sexual relationships without being sexually and romantically exclusive with those people.

This bird sports the colors of one of the recent Aromantic Flags, which may eventually get an update, as the Aromantic community is still quite young, and discussions about the flag and more are still being figured out by the community, though the black/grey/white/light green/dark green seems to have resolved many issues with the old flags. Unfortunately, however, since the flag has gone through so many redesigns recently, there is not as much information circulating about the associations of each color. The colors are, however, similar to the patterns found on the Grey-Headed Lovebird of Madagascar (which is amusingly ironic), and is why I chose said parrot for this design. The yellow rose has traditionally symbolized friendship, but be careful sending these to any aromantic you know, because too much yellow can cause problems for some people with sensitivity issues. If in doubt, ask if your Aromantic has sensitivity issues with the color yellow. Behind the bird can be found an arrow, a play on the shortened form of this orientation’s name, “Aro.”

Second in my line of GSRD animals. Buy this design over on my Redbubble