Who am I: I'm a little purple bunny who likes doing art.

What kind of art do you do: Mainly Digital Art, sometimes traditional.

What projects are you involved in: Artistically, I'm involved in a webcomic project of mine called Hidden Disguises. I've also got a few projects I'm working on separately, those will come up from time to time. 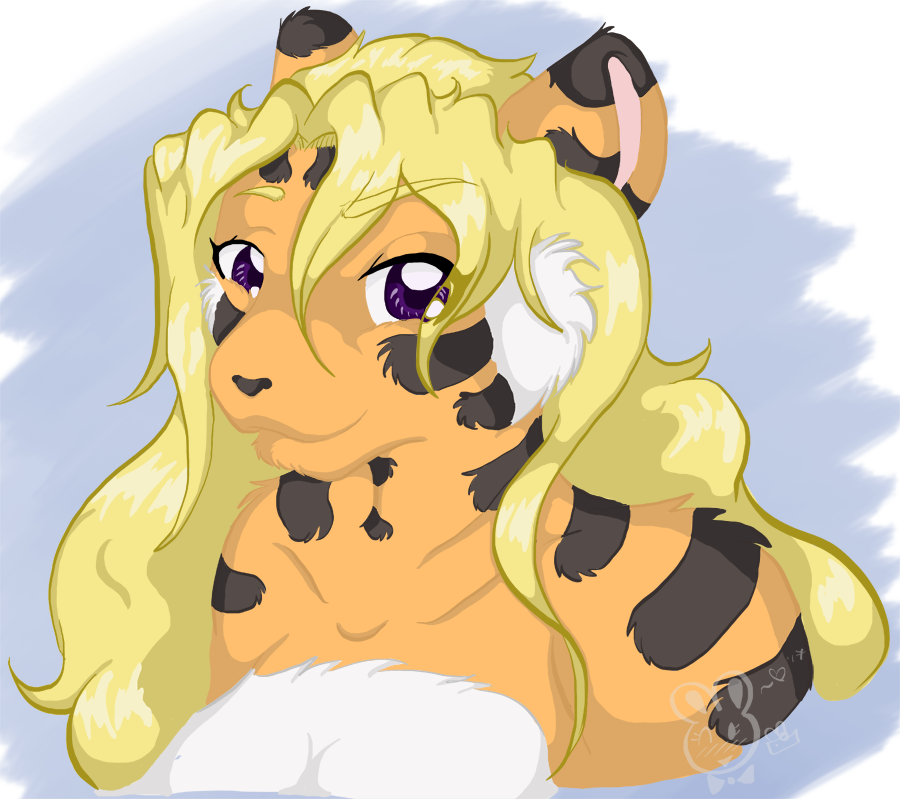 This is a review of my first Anthrocon

(This is a review of Anthrocon 2004 from the perspective of 20 year old me, experiencing her first furry convention. Enjoy.)

Never in my life have I been so proud to be a furry. It was like.....like nothing I can describe! Like kindred spirits, it was awesome!

unclekage has proven to be VERY cool...though he did this weird Star Trek thing where
he kept popping up in places where it was like physically impossible for him to be because
I'd just seen him a few moments before on the TOTAL other side of the room and I never saw him
pass me.

I got to meet Bill Holbrook. HE IS TEH AWESOME!!!

And I got to see 2_gryphon do his routine. OMG it was like Rolling on the floor after falling out of my chair and pissing myself funny!!

All in all, a very successful venture that has resulted in two things.

One, I'm retooling my entire webcomic to make it a furry comic. This'll take time, but as soon as I have enough paper I'll have more than enough to begin going on.

Two, I've discovered that I am a TERRIBLE ham. So I've decided to become a fursuiter. More for the entertainment purposes than anything else. ^.^;;
And that is....well about it.

All price amounts are starting points or one character with a simple/minimal background. Additional backgrounds and/or characters may be at an additional cost.

Comic prices are per page.

Prices are based on the time spent on your piece and materials used.

Gift Art - For Me